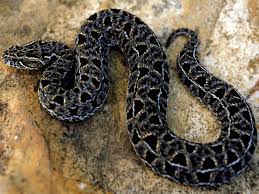 Before we start getting into the elections themselves, and how removing money from the process will make such a difference in the leaders that we get, I wanted to spell out the biggest causes of concern in modern America so that ALL our big problems are there, on one page, ready to review.  The simplicity of what I'm proposing will eventually reveal how these very big problems don't have to be such big problems after all.

As I think about all the frustrations regarding our government today, these daunting obstacles keep surfacing in my mind and I'm sure in the minds of any thoughtful reader as well.  They are like the five major parts of a snake, each of them functioning together, dependent on one another as they slither their way around Democracy and constrict thus rendering the ordinary citizen powerless.  The five parts are;   The Lobbyists,  The Elections, The political parties, The media and the National deficit.

1)  The lobbyists.  Our government is in the palm of all those interests with enough money to gain influence.    Usually this involves lobbyists that essentially hold our leaders "hostage" that no Congressional leaders should expect financial support if "things" don't go the way of these moneyed interests in society.  The largest lobbying organizations are Pharmaceuticals, Medical, the US Chamber of Commerce, Big Oil, etc.... Have you noticed substantial good being done by our government to help the American Citizen regarding any of these groups?  No, of course not.  The lobbyists aren't there to help the American people, they're there to help themselves.  So then, how can our leaders claim to be representing the American people when the truth is so contrary and so obvious to all ?

How can any ordinary American hope to get a position of leadership when the cost for such endeavor requires a "King's Ransom" for this ascension?  They can't.  That's why half of all Congress is occupied by millionaires.  If they're not millionaires, it's actually  worse because these individuals are most assuredly in debt to a lot of people.  This will require a lot of favors and therefor a lot of  "maneuvering" in our Capitol.  This activity will occupy much time and effort that would otherwise,  rightfully be devoted to the good of the American citizens they represent.

3)   The political parties;   The Democrats and Republicans.   These consummate enemies  have had all the power for far too long.  Not only do they have too much power, but they've turned the governing of the greatest country in the world into a perpetual "Football Game".  All touchdowns and/or penalties are for the benefit of each team and the only group that always loses is the American citizen sitting in the stadium, frustrated at their lack of influence on the players below.   The power of the parties will continue as long as they stick to hating the opponent and swearing they will do all in their power to bring them down, no matter the consequences to the people themselves.  They've suckered us all into believing that the art of governing must be in perpetual dispute, a tug of war over ideology, a necessary evil.  In actuality, it is the job of our leaders to "lead" not argue.  Disagreements should be the exception, not the rule.  There are far too many American citizens who are hurt because this simple act of leadership is so sorely missing today.   I doubt it is their conscious intention (as a blithering "herd", neither group really thinks),  the political parties have neutered the power of the American people by dividing us.

4)  The media, aka, "the enablers".  They criticize and provoke and instigate, and then sit back and watch the fun.  I'm sure they all enjoy the news with a bag of popcorn clutched in their claws,  the way human beings watch movies.  The media power brokers would most assuredly recoil at the idea of removing money from the election process.  Not only do they stand to lose a lot of money from political campaigns, but they also lose the pure joy of stirring the pot every 2-4 years.  In the end it will be a benefit to them as they will be the window we all watch into a new process of election., and they can perhaps learn what it is to remark on intelligent, coherent problem solving rather than the the "cock fights" they are so use to encouraging.

5) The national deficit.  Right now it's $17,000,000,000,000.  That's disturbing just typing it.  I don't think I really need to elaborate too much on this topic., in that it's alarming unto itself.  If you imagine the interest on this debt, and let's say the world's interest rates spike up, then we're all screwed.  The reason this has happened is because we have an incompetent government.   They get us into wars and then refuse to pay for said wars.  They spend on bloated government bureaucrats for positions and departments that sometimes are replicating the work of another department.  They offer life time jobs to incompetent people  They spend your money and my money on over-priced medical procedures, military equipment, etc... because all their vendors know they can get away with it.  They are incompetent., but because of this incompetence we are all stuck in debt with no apparent way out.    Make no mistake, this is everyone's problem.  The fact of the matter is,  there is NO incentive for them to stop spending once their party holds the power in government.  It's  like their reward for getting into the office.  They seem to think that once they've won, the money is all THEIRS to spend.  We have to change that mentality.

We can sever the head of this "snake of incompetence" by withholding its source of power;  Money.

Posted by Marshall in the Middle at 8:31 PM