*The essence of the first paragraph below was published in the Orlando Sentinel today. 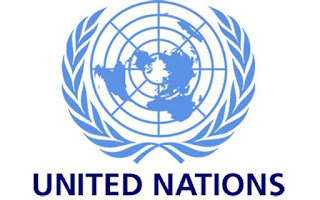 It was headlined in the media that the United Nations has established a compact encouraging more orderly movement of migrants.  Specifically, the Associated Press stated;   "US Not Among 164 Nations to Back Migration Proposal".    I don't pretend to know the details of what is being declared on this "nonbinding" compact.,  but I can certainly imagine it reduces any burden the United Nations might have to actually fix something.   No, they won't go after abusive and oppressive governments to build up Democracy and/or free markets to encourage prosperity, but they sure have no problem telling "rich"nations that they need to start taking in more people who are looking for more "economic opportunities".  After all,  the "rich"nations are "aging"and we need young people from third world countries if we have any hope to survive.

I have a problem with this line of thinking.

1)  I thought the United Nations was established to keep the peace not re-organize the world's economic wealth.

2)  Shouldn't the "rich" nations be working on boosting their own populations and helping their own poor people rather than opening their borders in order to help incompetent governments go on governing ?  By exporting their more desperate citizens they not only fail their citizens but they also dilute and distract from endeavors to successfully eliminate poverty in the rich nations.

3)  How is opening the doors for citizens from failed governments and allowing them to go to successful nations doing anything other than dragging down the success of the existing successful governments ?  Eventually, they too will be poor and the abject poverty and oppression of the failed country will move throughout the world like a cancer infecting all to the idea of poverty and want such that no corner of the world will be prosperous.

4)  The idea that the only way citizens of poverty stricken countries can possibly succeed is if they move into  wealthier "whiter" countries is highly bigoted in that it is implied that certain races are simply incapable of lifting themselves or their country out of poverty.


Posted by Marshall in the Middle at 7:31 AM