Ben Franklin Opined on Harvard in 1722 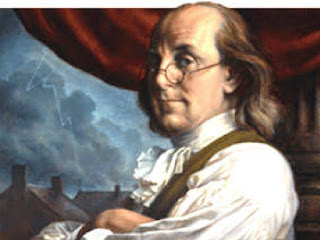 These days I'm reading a biography of Ben Franklin- actually listening to- and came across his opinion of Harvard when he was a teenager and still living in Boston. He was considering to enter a trade rather than attend Harvard as some of his peers were planning. It was written, as Franklin often did, under a pen name- in this case a middle aged woman named "Silence Dogood". If you have the time it's quite a read, hard to believe he was around 16 when he wrote it ! (Mind you, this would have been written in the early 1720's) He's basically calling Harvard students spoiled, simple minded brats who learn nothing but how to think more of themselves.

"I fancy'd I was travelling back thither, I reflected in my Mind on the extream Folly of those Parents, who, blind to their Childrens Dulness, and insensible of the Solidity of their Skulls, because they think their Purses can afford it, will needs send them to the Temple of Learning, where, for want of a suitable Genius, they learn little more than how to carry themselves handsomely, and enter a Room genteely, (which might as well be acquir'd at a Dancing-School,) and from whence they return, after Abundance of Trouble and Charge, as great Blockheads as ever, only more proud and self-conceited."
All I can say is, some things never change.

Posted by Marshall in the Middle at 7:53 AM