Of course, none of them are Congressmen. 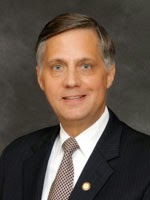 With a heavy heart I must write a scathing critique of our leaders here in Florida.  You  see,  I had high hopes about a month ago regarding our Congressmen.   I had written and left a phone message with my representative Larry Metz from District 32 here in Florida and he actually called me back !  We had a great conversation and I must say I was impressed with his composure and willingness to discuss the biggest issue our state faces today;  the reluctance of the Florida House of Representatives to take money from the federal government to expand medicaid and issue health insurance to  800,000 "working poor" Floridians.   I submitted to him that this was all about Obamacare and their rabid hatred of the health care program that President Obama rammed down the throat of the US  Congress back in 2010.  He protested that, "No, this is about the way the Federal government was poised to take more control of the medicaid program in Florida and that it would become a very expensive problem for Florida if the Feds ever walk away."  I was willing to accept that argument and even wrote a letter to the Orlando Sentinel (they they printed !) commenting that an excited columnist was being overly critical and hysterical regarding this issue.

Congressmen Metz seemed very sympathetic to my outrage over the partisan politics that has been playing out in Washington but he assured me that in Tallahassee there is no such brinkmanship and that both parties often socialize and even eat together (gasp!).   He was well spoken and seemed intelligent and I was willing to consider his argument contrary to my assumptions.   Lately, it has occurred to me though that  the Feds have never walked away  from Social Security.  There is no reason to think they'll walk away from this program.  They will squander money and run this program poorly, but that goes without saying.  When is that not true of a federal program?  The state of Florida cannot fix that fact.  The approach they are taking will effectively take federal tax money (that  Floridians pay!)  and send it to other states.  How is that helping the citizens of Florida?

So,  after hearing both sides  I have come to the conclusion that this IS--at the end of the day-- all about politics and --as I had originally suspected-- it IS because of their hatred for Obamacare and perhaps even President Obama himself.   Religious leaders, local leaders, business leaders, newspapers, hospitals, doctors have all pleaded with our House of Representatives to join the Senate and form an agreement  to take the money and live with the strings attached so 800,000 of our fellow citizens can stay at work and still afford health insurance.  They have absolutely refused.  It makes no sense.

I would venture to say that these Congressmen see themselves as stalwarts to "free enterprise" but our medical care system is not based on free enterprise.  It is an oligopoly of pharmaceutical companies, health insurance companies,  and medical conglomerates.   They  have a platoon of lobbyists in Washington, DC manipulating the prices and markets of our medical system.   The economics of supply and demand for products and services is non-existent in the medical field and it is farcical to pretend that it is.   That being said,  I plead with any citizen of Florida that reads this blog;  call your congressman and insist they see reason by coming together with the senate (which already has a plan- written by Republicans !) to pass the legislation necessary to see this through.   The Affordable Care Act (with all its flaws)  is the law of the land now, and there is no reason to refuse help from Washington, DC other than to inflate the egos of bombastic,  right wing, fully insured Republican Congressmen.

Posted by Marshall in the Middle at 9:43 PM