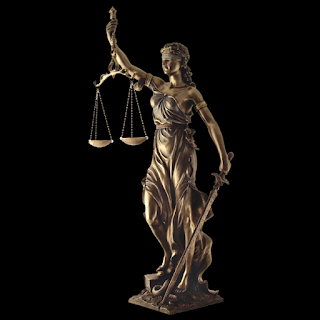 Its been only in the last year or so that we've all become familiar with "Sanctuary Cities" as they refer to themselves.  Most readers are familiar with these places where illegal immigrants can go to hide from the federal government.  It's an interesting phenomenon in response to Donald Trump's utterances that all illegal immigrants should be shipped back to their home countries.

I'm sort of excited at the prospect of "Sanctuary Cities" because I would imagine they are not only willing to take immigrants who broke the law but the rest of us as well.    My intention might now be to go ahead and evade my income taxes, commit fraud against my employer, defraud my insurance company, and while I'm at it maybe rob a bank !  Now there are no consequences because I can go hide in a sanctuary city or a sanctuary university so the bad men won't come get me.

I jest, of course, but who decides what laws bring about "sanctuary" and which do not ?   If you're  going to hide those that break the law then who is empowered to wave their magic wand and "protect" those that are breaking the law.  Which people ?  Which laws ?   That's quite a bit of power you're giving civil servants that is not listed or outlined in the Constitution and is not sanctioned by the population in an election.  It's one thing to "not enforce" laws such as marijuana, etc... but it's quite a different thing when you are obstructing the law.  This seems like "common sense" to me.

I have no idea what the solution is to  the masses of illegal immigrants we have in our country, but "In My Humble Opinion" sanctuary cities are violation of our constitution and an affront to our democracy,   These cities should receive the most severe consequences if they refuse to follow the laws set forth by the people otherwise we risk weakening all other laws as bureaucrats take it upon themselves to harbor those that break the law- whatever that law might be, perhaps laws that are troublesome to them personally ?     Invented justice as decided by individuals and governments and Universities and municipalities is not true justice, it is arbitrary nonsense and the individuals responsible  should be incarcerated for "aiding and abetting" or as an accessory to criminal behavior.


In My Humble Opinion

Posted by Marshall in the Middle at 9:18 AM