For Every Season--- Time to Change 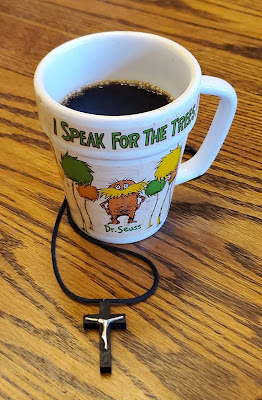 Today I turn 56.  I feel better about that than I did turning 28.  For some reason turning 28 was really hard for me because I was getting close to my 30's and I still felt lost.   There was no reason to feel lost, though.   I was living in Ft. Lauderdale, Fla.,  I had a great apartment,  a good social life, and lived 3 blocks from the ocean in the Harbor Beach neighborhood (really the nicest area of an already beautiful city) and yet I was unhappy.  The reason was pretty simple.  I felt alone in a confusing and confounding world and life.   I  had no wife, no children, no real identity and I was still in a career I hated.  I worked for a large corporation which is truly a soul-sucking endeavor that I have warned my children about since they could speak.  (I have never worked for the government but I can only imagine it's equally miserable).   So, today I turn 56 and I am at a point in my life where I am the happiest I've ever been.   There are challenges as always but this year has taught me a lot about myself and I feel I've drawn closer to understanding the universe and this weird life we're living.  I've been meditating almost daily since April, an exercise I encourage all of you to pick up if you don't already.   It creates calm in the unpredictable sea of life.  In addition we have found a church that I actually look forward to attending and we are a part of a Bible study group of really genuine, cool people not sanctimonious fakes.  Things are good in Chuck Marshall's life !

So, in honor of my own birthday I've decided to change the name of this blog.  I'm going back to the original title "Chuck Marshall's Humble Opinion".   Why ?  I feel like Marshall in the Middle has run its course and just like the Independent political movement it has no sense of purpose., it just sort of wanders around getting upset about the stupidity of our government and society but it does nothing about it.  I hope by widening my topics of discussion I'm not so married to politics and I can ramble on about other stupid things that annoy me.   In addition,  my heart feels very strongly in favor of a much smaller government that enables the individual-- a conservative philosophy.    There is much I don't agree with that conservatives seem stuck with, but IMHO their problem is they offer no solutions to real problems.  That's not leading it's nihilism.   The political process is almost too easy to criticize, it's like expressing contempt for organized dog fighting.  Yes, it's terrible but still it continues because a lot of people benefit and a lot of people enjoy the dog fight.   The only way to halt gridlock is to stop supporting the dog fight.  I hope this blog effectively criticizes the powers that be;  the political parties, the multi- national corporations, the media, the lobbyists, Congress, the President, the courts, etc.... but I want it to effect change at the same time.  We are all in this together and in this Republic, at the end of the day,  it's up to us to fix the mess that our grandparents, parents and that we have created........ In My Humble Opinion.


Posted by Marshall in the Middle at 1:17 PM