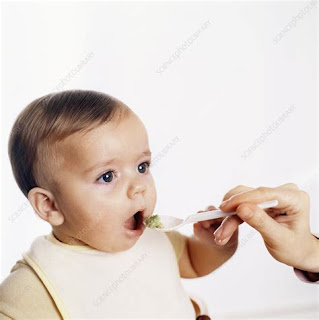 How the Mainstream Media Sees Us
I've been avoiding the news this past several months so as a consequence the mood to write in this blog has been somewhat diminished.  The media provides so much fodder with their inane commentary and idiotic rhetoric that it compels me to write about the current topics, so when I'm on a "news strike" then I sort of lose my "mojo" as it were.  So lately my inspiration seems to come more as reaction to the overall activities of *Mad King George, not any specific news event.

When I'm at the gym, however, I do see snippets of their stupidity because one can hardly avoid it.  There it is on all 15 screens they have blaring at me as I struggle on the treadmill.  I can see the talking heads "blah, blah, blah" spoon feeding the masses with the "flavor of the month".  For some reason they're blabbing about the riots from last summer  (I have no idea why)  and I got to thinking about race in America.

I am not going to make this an elaboration on racial divide in America because everybody has an opinion and I think its been discussed enough in the American public square to last many lifetimes.  Racism is a human problem not just an American problem.  The reason it seems to flare up a lot here in the United States is because *Mad King George won't shut up about it.  I see the media as the instigator of racial violence in our country.  There are other players (in other words, "benefactors")  in the orbit of Mad King George's rhetoric,  but the media is the lead actor.  Why ?  Because it's profitable !  I don't really know how we can stop that, after all the Free Press is important and the Bill of Rights guarantees that freedom,  but it never mentions honesty and/or greed, unfortunately.  (That topic is for another day).

Here's the pattern;  Someone gets killed by a cop.  If it's any race other than a black person it's mostly ignored.  If it's a black person the media digs deep to see how it could be exposed as a racist cop or an act of racism.  If there's any question about the fairness of the situation, the media stirs the pot of "racism in America" almost begging folks in the ghettos to get out and start burning things down.  The riots start, glass breaks, fires break out and "lo and behold" the media is there to film it all.  Ratings go up.  Profits go up.  If *Mad King George is lucky even more people will die or a significant property (for some reason Target is always a target)  will be destroyed so the story becomes a self perpetuating money machine.  White man is bad, and the black man is a victim.  Of course they ARE right but not in the way they portray it.  The bad white man is an executive sitting behind a mahogany desk in New York egging on his talking heads to stir the pot as much as possible until the story is burnt out.   The black victim is sitting in his burnt out neighborhood that will be considered an economic corpse for years and even decades.  What's even worse, his mindset will be even more a victim mindset causing more poverty and hardship for him and his family.   *Mad King George rules with an iron fist and cares not one iota that he's  ruining the lives of our African American brothers and sisters and destroying property of private citizens.    Go to hell *Mad King George.

**Mad King George is my label for the ruling class.  This includes the federal government, the mainstream media, the political parties, big corporate,  Hollywood, government lobbyists (and the crony corporate welfare they enable),  and academia.   All the pigs at the trough, in other words.  Much like our forefathers fought off Mad King George and his pandering tyrannical ways we can dream of removing the heads of these stuffed shirts, corporate elites, government bureaucrats and virtue signaling ass-wipes.

Posted by Marshall in the Middle at 8:30 AM