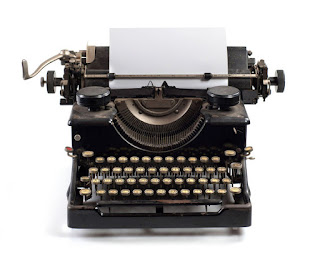 Dear loyal readers,  I apologize for no posts for a couple of weeks.   Busy spring, and my day job is in the horticulture industry.  Gotta pay the bills !    Anyway,  I had to jot out this letter to the Orlando Sentinel when they actually grew a conscience and published an editorial commenting on the entire Susan Rice issue.  Hope you enjoy, and yes I know I'm leaning to the right these days- but I'm still an adamant independent.   More on that later.

Re:  John Kass column from the Chicago Tribune

The published column of John Kass of the Chicago Tribune regarding Susan Rice and her skills at "unmasking" members of Trump's transition team was a welcome ray of sunshine from your newspaper, which I noticed ignored the story on Tuesday when it broke.  The absence of any attention to the suspicious details coming out of the Obama administration's opportunistic "observations" of the Trump campaign should be alarming to all Americans.  At the end of the day the Russians are suspected of influencing our election by revealing embarrassing information about Hillary Clinton.  There could not have possibly been any certainty of their tactic because American citizens do have a mind of their own, and that any American businessman would put all his eggs into a PR stunt with the Russians is far-fetched.   What I witnessed this past fall was Donald Trump outworking Hillary Clinton.  Ironically,  we do know the Democrats colluded with the American media to embarrass Donald Trump's campaign- that was what the Russians revealed !  We also know the details of the early days of the Trump administration were leaked to the media because they were headlines in the New York Times !   Susan Rice admittedly "unmasked" some of Donald Trump's team and their conversations "in the name of  national security".   How many times ?  What were they concerned about ?  If that's true, then certainly they heard him conspiring with his Russian friends ?  There are way too many unanswered questions here, but the stench of conspiracy and perhaps felonies seems to be wafting over from those orbiting the previous administration not the existing one.

P.S.  I'll probably edit out some of this, including pointing out they ignored the story-  they tend not to print my letters when I directly criticize their editorial board.   The odds are kind of against me, as they also are less likely to print my letters that lean to the right- I wonder why ?

Posted by Marshall in the Middle at 9:07 AM