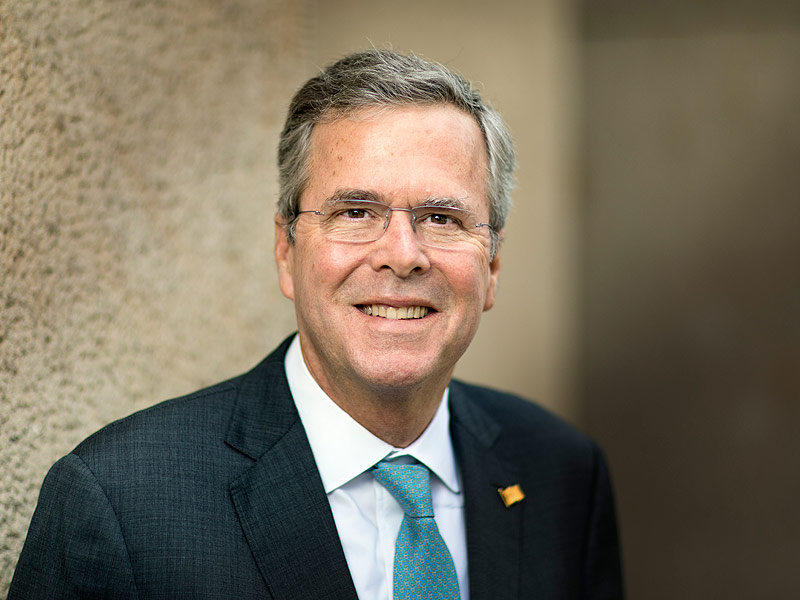 How do I start with the candidate that I'm most disappointed with in this election ?  As a Floridian I've always been proud of Jeb ! as the smarter, more even keeled, most dignified and likable of the Bush family.  As a governor he was excellent.  You had that feeling that things were getting done and that they were getting done correctly when Jeb ! was governor.  He had that leadership quality. When he spoke you trusted him and he always did what he said he would do.  He was an excellent governor of Florida despite what Donald Trump may lob his way.

In a previous blog I listed Jeb ! as being in my "top three" along with Ben Carson and Marco Rubio but unfortunately for Jeb !  That is no longer the case.  His campaign has slithered into the mud with the rest of them throwing  mud balls that cost millions of dollars--- and still he loses !  He was especially shameless in New Hampshire when he and  Chris "big bully"  Christie clearly calculated to take out Marco Rubio by rattling him up with full frontal attacks from both flanks.   I can't support him for that and for three other reasons;

1)  He's a terrible speaker.  I've never witnessed a candidate who so frequently trips over his tongue.  It's very distracting and it tells me that deep down, he doesn't really want the job.

2)  Overall, he just seems timid and unsure of himself.  That won't work in times of trouble in our country.  We need a confident leader who's sure of himself, not just sure of his last name.

3)  He's bringing out his family to campaign for him.  This might have been ok if he had done that from the beginning but that he does it now smacks of desperation.    It's a desperate attempt by a desperate  man who has morphed from a fine leader into a political "sell out".  He is willing to ignore his principles and drag his family out of retirement in order to get a job that he doesn't even really want.

His campaign and candidacy is a fiasco, or to use the words of his arch rival - The Donald -"It's a disaster".

Posted by Marshall in the Middle at 8:13 AM