Rick Santorum... The Last of the Conservatives 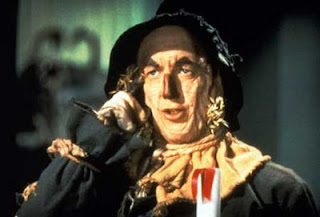 It has been a while since I've written on the Republican party's primary and their latest flavor of the month.  It looks like Rick Santorum is the "preferred" conservative by default... all the others self destructed with revealed indiscretions, adultery,  scandals, and above all else;  abject stupidity.  I do have to make a brief comment on Ron Paul. Ron Paul  isn't out of it but of course you can't win a nomination with 10% of your party's approval.  That's too bad, because I actually like Ron Paul., but I do understand the reluctance of the right-wing Republicans what with him wanting peace and all.  Horrible !  Even more so,  he is intelligent  which doesn't seem to be a very high priority.

So, now we have Mitt Romney (whom I have already endorsed in this blog) and Rick Santorum, the last Conservative standing.  Every time I hear Rick Santorum talking I think he sounds like someone a talk show host pulled out of an audience... "hey, you there.... come up here and let's see what you'd do to move our country forward".  I mean, he's so awkward and clumsy with his speeches.  It's like he's not even really sure what he thinks.  Then when he's firm with an opinion, it's something silly like wanting to vomit over a speech Kennedy make back in 1962, OR some remark implying contraception is bad (he does have 7 children, afterall), OR that he thinks Puerto Ricans should learn English before they become a state.  And of course, to keep all the conservatives smiling "Global Warming is a hoax".

As usual, since he's conservative the nut-case right wing Republicans feel like he is just right person to run the most powerful country in the world.  Never mind what his experience is, they only care what he "thinks".    Why should we care that he has no experience in administration?  Why should we care that he has no ideas for firming up the economy ?    In the middle of the worst recession since the Great Depression he commented that the economy is not the most important thing in this election, the most important issue is repealing Obamacare.   I can think of a few other things the President should prioritize besides a two year battle with Congress  (like our current President did).   I'm not a big fan of Obama, but Santorum compared his administration  to Germany in 1939, at the dawn of WW II !   I mean, Nazis !?  Seriously?!

He proceeds to babble on about "family values" and pays lip service to the Christian Right, but just as most Republicans before him, he will do NOTHING for them once in office.  They are the true suckers in all these presidential elections.

As is true for most extreme political thinkers, the more you hear him speak, the more it becomes obvious that his simplistic approach to a very complex country would be a disaster.   Mitt Romney ran a state, he started and ran a successful business, and he commandeered the Winter Olympics, successfully.   We need experience, we need focus on restoring the American middle class.  We need intelligence.   We need Mitt Romney.

Chuck Marshall
Posted by Marshall in the Middle at 10:52 PM 2 comments:

Separation of Church and Steak

There has been a lot of conversation about the separation of church and steak and I just wanted to say that I don't think there's a problem with steak in the church.  I have had steak at my church on several different occasions and was none the worse for it all.

Steak is good food and JC never said anything about it.  He did cast demons into the pigs which makes me hesitate to eat pork, especially since JC was Jewish and Jews don't eat pork.

For some obvious reasons I can see separating beans from the church, especially before any services.  I would support separation of church and beans.

Should there be separation of church and other foods?  I would enjoy your comments.
Posted by Marshall in the Middle at 10:37 PM No comments: