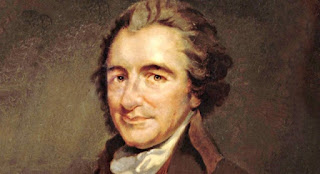 Posted by Marshall in the Middle at 11:47 PM No comments:

Donald Trump Stripped the Mask off the Mainstream Media 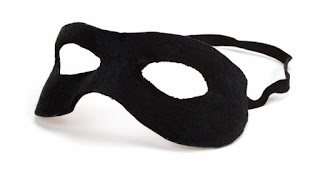 I know to many Americans Donald Trump is an agonizing nightmare of unequaled proportions and his very existence is a fact that jolts them awake at night from gentle slumber.  I understand.   I was there back in the fall of 2016.  I was a huge Marco Rubio supporter.  When Marco lost to Trump here in Florida I sincerely went into a pretty deep depression.   Marco was everything Donald is not.  He's classy.  He's extremely intelligent in the classical sense.  He's beautifully well spoken in both English and in Spanish.   In addition,  Marco is a relatively moderate Republican who understands compromise.  I wanted Marco Rubio to be the next President of the United States and I sincerely thought he was the bright light for the future of the American middle class.  Maybe he still is,  but in retrospect I don't think he would have been right for us today.  The press would have torn him to shreds and his personality is not strong enough to shrug off their full throttle assaults.  He's too nice.  A lot of his policies to improve our country would have been watered down to ineffective "band aids" in order to earn the blessings of the mainstream media.  Alms must be made to the captains of American political correctness;  NBC, CBS, ABC, CNN the New York Times, etc...  Marco would have been minimized and subjugated to being an ineffective and weak President as the MSM busied themselves looking for the next Barack Obama.

What we have learned today about our little corner of the world regarding our "so called" free press is thanks to Donald Trump.  Look what has been revealed since Trump won.  The press has shown themselves to be politically leftist and openly hostile to any moderate to conservative philosophy.    I don't even know if what they are has a name, but this fact is very important  to anyone who aspires to a wise government that enables the American middle class.  We cannot have wise government when any conservative or moderate that fairly wins an election is then shredded by the press.  Before Trump,  it could have been argued that the press is "left leaning" but they are "generally as fair as they can be".  That is no longer the case.   Even those who lean far to the left cannot deny the press is manipulating the conversation in favor of the left.  Our success, the success of the middle class, is of NO INTEREST OR IMPORTANCE to these people.  We all know what they are today,  and we have Donald Trump to thank for that.  His policies are stripping the "establishment" of their power and it is most evident watching the  mainstream media and their hysterics.  This is so important because the success  of any future candidates may no longer require the approval of the MSM.   They believe they know what's best for us but WE know what's best for us.  From now on the press cannot hide behind this mask of feigned "neutrality".   Now we know.  Donald Trump is  a necessary medicine who has freed all  future candidates to a reasonable scrutiny.  This last year will not be forgotten for a generation, and perhaps forever.  I do hope they will  change their ways, but the mainstream press (as we know it today) is the enemy of the American middle class and Donald Trump is the sheriff that neutered them .....In my Humble Opinion

Posted by Marshall in the Middle at 8:22 AM No comments: 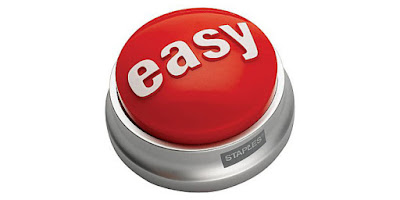 Donald Trump is at it again, upsetting the left with his tweets poking at his enemies and in this case, our country's enemies.  The latest is the following towards Kim Jong Un,  the dictator of N. Korea;

"North Korean Leader Kim Jong Un just stated that the “Nuclear Button is on his desk at all times.” Will someone from his depleted and food starved regime please inform him that I too have a Nuclear Button, but it is a much bigger & more powerful one than his, and my Button works!"

The left went bonkers over this one, shaking in their boots and ridiculing Trump for his lack of judgment and candor. I have to contradict that idea. Trump is not communicating to an elected and respected leader he's talking to a spoiled, oppressive, murdering butcher who starves his own people so he can have big missiles and taunt the world with his very dangerous toys. He has ABSOLUTELY no consideration for his people and is willing to risk their safety for his own ego. If you read your history and review how Hitler was treated at the beginning of his reign of terror by "decent" leaders of the world at that time you'll understand how such an approach is truly "futile". I would suffice it to say that Trump's approach may be unusual and immature, but the risk of placating Kim Jong Un with more "talks" is much greater than someone finally telling the spoiled maniac that his own skin may be in danger at this point. He is far too selfish and self -absorbed to truly risk his own hide and now his options are narrowing. That is what Trump has communicated to the little creep.


Posted by Marshall in the Middle at 8:30 AM No comments: