The Minimum Wage & Will Muschamp 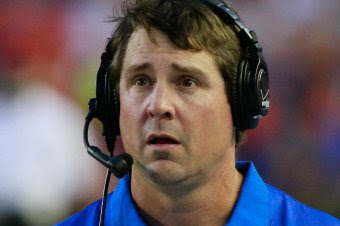 Which came first, the turkey or the egg ?  Should the minimum wage be raised ?  Should there even be a minimum wage ?   The proponents say that raising the minimum wage will lift all the working class so they can afford more of the basics of life and that it will also encourage  more work and less welfare.    This increase in consumption would cause an increase in business & commerce.  The opponents say this will hurt "jobs" and that more and more businesses will have to lay off people because they can't afford the hike in salaries to their employees.  It will hurt business, raise unemployment, and make America less competitive.

I have always been an advocate of free market principles, ie,  that the market should decide the price of goods or  the value of talents and what is the appropriate wage for each talent.  The laws of supply and demand are always superior at providing goods and services to people.   Or are they ?   A truth has recently dawned on me;  The laws of economics and the efficiency of supply and demand for the value of labor would work just fine and dandy in a perfect society.  We don't live in a perfect society.

Case in point.  The coach for my beloved Florida Gators, Will Muschamp,  has been "fired" from his position as their head coach.  Rather than getting into the details of "why" he was fired (or IF he should have been fired) I'm just going to draw some curious comparisons.    Let's say we have a human being who worked hard in a position and who has a great talent and this person was hired to fulfill a need in society the way most of us do.  In this case he coaches young men at the sport of football.    So, using the logic that since a high school football coach's salary is $45,000 per year (google search estimate), if I had just landed on earth from "planet logical" then I would assume a college football coach would make more since college is a step up.  Let's say, twice as much.  OK, College football coach should make $90k per year.  Then if he's a really good and successful football coach ?   A talented person in a specific position should be paid higher than the regular wage for such a position because they're better.  So, let's say then he'll have double the salary as his less talented peers, just to keep things nice and simple.  That makes a salary of a talented football coach at the college level  $180k.  What does Will Muschamp make ?   $3 Million dollars per year.  Now that he failed at his job, supply and demand is sending him away with $3 Million per year for 3 years for doing NOTHING.  Is he worth it?  Is Will Muschamp really 66 ($3M divided by $45k per year) times more worthwhile than your average high school football coach ?   Actually, if you take into account 3 years of being paid for doing nothing, he's really making $12M which means he's making 266 times more  than an average high school football coach.    I know there are arguments to justify all of this exorbitant pay for unique services and the glare of public scrutiny.    The same argument can be made for corporate executives and every manner of famous entertainer.  The true reality is that they're really NOT WORTH THAT MUCH !  But, society pays them anyway.  So, my point is this;  Did supply and demand come up with a logical salary for this position in society ?   No, it did not.

Back to my original subject.  The free market does not adequately compensate citizens for their efforts 'nor is it fair.  It rewards the very few, even when they fail.  Given this fact, I don't think it's such a violation of free market principles 'nor capitalist philosophy to give the working class a small raise to help them deal with the challenges of inflation and to encourage more work.  If jobs are lost, then they weren't very good jobs anyway.  Enterprises of all varieties need to compensate  their employees so that they can adequately take care of themselves in modern society for a day's hard work.   The contradiction, the gap, the inadequacy and the unfairness of paying one man doing the exact same job as another by more than 66 times and then sending him off as an even richer millionaire for his failure is a gap and an outrage that needs to be addressed and looked at by us as a society.  I nearly choke on the injustice of how people are compensated at the elite status as compared to the working middle class.

Posted by Marshall in the Middle at 11:15 AM No comments: 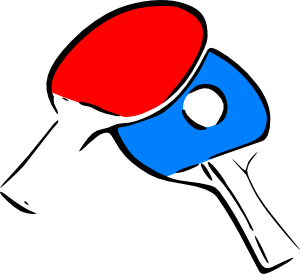 It looks like the balance of power has shifted over to the Republicans from the Democrats in Congress.  I watched the CBS Evening News last night and Scott Pelley made the comment that it looks like the government is "more divided than ever".  I don't follow his reasoning since all of Congress is now one party whereas before Congress was split.  Maybe he meant from the perspective of President Obama since he can no longer manipulate and effectively neuter Congress with his puppet Senate majority leader Harry Reid.    The major networks view things from the perspective of the left and sometimes they let that tendency slip out in their so called "news" pieces.  The narrative was subtle but definitely there;   "Our guy lost".   That sort of "siding" that the media does (I'm certainly including Fox network siding to the right) is an atrocity and it smacks of yellow journalism.  Give me the facts about what happened and save your innuendos for the next cocktail party or a news program with the word "opinion" somewhere in its description.  I could go on and on about the media failing at their job, but I'll save that for another day.  (or you can refer to my blog on the media  Restoring American Democracy, Part VIII from February of 2013- but that's up to you :) )


On to the situation at hand.   Back in 2008 when President Obama won the election and his party swept into full control of Congress I thought it "could" be a good thing.  After all, the Republicans and "W" Bush had shown no ability for leading our nation other than demonstrating how to spend a lot of money in record time.  In eight years they built up a monstrous debt for our children in this new century.  In addition,  enduring a daily barrage of mispronounced English words made the eloquent Mr. Obama a refreshing change.  Fast forward 6 years, and I must regretfully report that  Mr. Obama and the Democrats have managed to outspend the Bush/ Republicans by a substantial sum and our children's debt is now morphing into our grandchildren's debt.   An opportunity to show some fiscal responsibility and leadership was squandered by pretense and outright laziness.   By pretense I mean the subtle attitude of the left that the deficit "doesn't really matter" because capital and money can be manipulated and controlled by their hero, the federal reserve.   Unless the federal reserve can conjure up $20 Trillion in the next few years (that is, $20 Trillion that actually exists !), then eventually the real world and its insistence on REAL money is liable to pop that balloon and its any one's guess what will  be the consequences.   How absurd and disgusting it all is.

So, now the ping pong ball is back over the the illustrious Republicans and I think it's safe to say that they will be trying to get some work done with their new found power and I expect that they will at least acknowledge the reality of the deficit.    Will they be effective ?  That all depends on how reasonable they are and how humble Mr. Obama can be.  In other words, I don't have a lot of hope.  Maybe in 2016.   In the meantime, does anyone have an extra $20 Trillion sitting around ?  Check your sofa cushions !

**Please check out some of the sponsors on this blog.   I need the money !

Posted by Marshall in the Middle at 1:30 PM No comments: