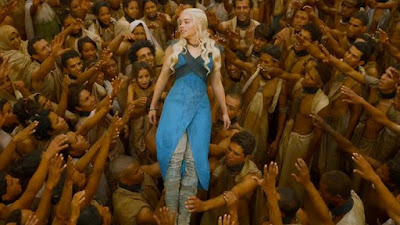 The Democrats love to call Donald Trump a racist.   They call anyone they disagree with a racist.  It's their favorite word... racist this and racist that.  Is Trump racist ?  Are they right ? If you google search Donald Trump and racist you'll see both sides argue their point that he is or is not a racist.    IMHO he is to a certain extent as we all are.   We all have positive and negative opinions of people based on their race and it's nearly impossible to avoid that.  It's called being human.  We tend to want to categorize people.  It's natural and can be a positive thing also.  Different groups have different skill sets.   In the end we are all children of God and deserving of full respect and kindness in addition to full protection of the law and equal opportunity.  "Viva la difference!" as the French say.

Has Donald Trump done something in his presidency to indicate unusually bigoted and or racist opinions ?  Not that I've seen.   He actually seems to have done more for African Americans than even Barack Obama IMHO.   Black unemployment is at an all time low, for example.  If you look at his younger years he was also given awards by different black groups for various charity activities involving African Americans.   He dated a black lady for a while.   His son in law,  whom he trusts and has given quite a bit of power,  is Jewish.  How is all this racist ?

There is a case to be made though, that certain people tend to be more bigoted than others when it is their "modus operandi" to accuse all others.  As Joseph Stalin advised;  "Accuse them of what you're guilty of".   The Democrats that I mention above fall into that category.   Usually they're white liberals.  They are so hysterical,  vitriolic and accusatory that I can't help but wonder what really goes on in their minds.  Are they projecting ?  Do they harbor certain severe dislike of people of color so that they feel guilty and therefor accuse everyone else of "racism" simply because it reminds them of their own barbaric ideas ?  In other words, is it a guilty conscience ?   Are they insufferable,  sanctimonious,  self righteous twits because they know they could never hold a full conversation with a person of color without condescension and hidden contempt ?   There's also something innately racist to imply that all races besides white people need help.  So, I assume they don't think these people can really succeed on their own?  I'm curious, will they always need the valiant white liberal class to defend them against the other evil white people ?   I once had a black friend describe white liberals as "spooky" because she could never tell what they really thought.  Conservatives tend to cut to the truth and express themselves honestly.  Most believe all races are fully capable of helping themselves and the government should be only a tool to help them get out of poverty not the source of never ending handouts that chain them to defeat and victim mentality for generations.

All humans in all societies in all countries have some level of racism.  It goes with the territory of being a human being.  But, racism mixed with hatred is called bigotry.  Who's the bigot here,  Donald Trump or his accusers ?


Posted by Marshall in the Middle at 6:51 AM No comments:

Republicans: Stop Being Stupid on the Environment 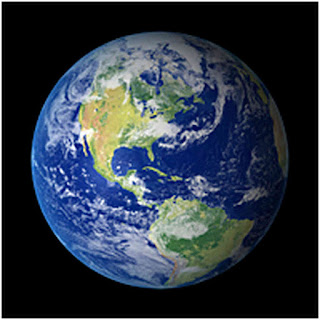 As most of you know, I'm a registered Republican strictly because I have to choose a party to vote in the primary elections here in Florida.  Florida is a "closed primary state".   In addition, as someone with great passion for the power and liberty of the  individual,  I feel the Republicans fit that concept better than the Democrats.  So, I registered Republican but not enthusiastically.  (I dislike the party system in general).   The other choice, the Democrats, represent what I'm against-  more government, more bureaucracy,  more waste and less individual freedom in the name of "making things fair".   I loathe red tape and waste.  I hate that the government is so often involved in people's lives and our leaders hide behind the idea they are making things more "fair and equal" when what they're really doing is making the least of us more and more dependent on them.  They don't "empower" they enable thoughts and lifestyles of defeat and low self esteem.  The "nanny state" as conservatives call it, and rightfully so.

There is one major topic that I disagree with the Republicans;  The environment.  I consider myself a "Greeny Republican".    Although, personal ideas and concepts of an effective government are that it be small and smart, not big and dumb as it is today there are cases where the power of the government is necessary.  Military defense and road systems are two obvious cases,  but I have to add the environment.   I have always been concerned for the issue of global warming (aka climate change) and the pollution of our beautiful planet.  I'm also a big advocate of protecting animals- endangered and domesticated that they may be kept safe and treated humanely.  I think it is the government's job to protect our planet and the animals because they are totally at our mercy.  We have to be good stewards of both.  God demands it, IMHO.  Nobody can protect the planet effectively unless the government is behind the effort.  This does not mean I think the government "has the answers",  but it does mean it can help secure a clean and healthy planet for all of us.  My logic is that it requires the world's governments to coordinate efforts to come up with real solutions to combat pollution of the oceans and keeping our air clean.    No private entity or corporation is capable of solving problems that involve the entire world- whatever that might be., so we do need government participation to protect the environment.  Teddy Roosevelt, a Republican by the way, was the first politician to go aggressively after the dangers of not taking care of the environment with the establishment of the national parks system and laws containing the greed of large land owners and corporations.

Young people are moving towards the Democrats in droves because the Republicans are stuck on this "climate denial" insanity.  I think the Republicans would be wise to stop fighting global warming as a reality  and start coming up with solutions.   Is Climate Change "absolutely certain" ?  Not necessarily, but the odds are it is a problem and that's enough for me.  Let's take a similar scenario as an example.  Scientists have discovered a meteorite headed for our planet.  In 50 years it will arrive in our solar system but there is only a 20% chance it will hit us.  Would you say we should just "hope" for the best or would you say "we need to do all we can to make that zero %".   I think  most of us would agree to the later.  We only have one planet.  There are all kinds of "capitalist friendly" solutions to solving the issue of climate change.  In fact, I think that private enterprise has a much better chance of solving the problem than any stupid government but we must have the government behind the effort with incentives and guidance and the international cooperation as mentioned above.   So, Republicans stop being nihilistic and come up with some solutions to a problem that is most probably "real".   Ideas from conservatives and private enterprise are almost always superior to anything the Democrats and bureaucracy could come up with.  Come up with real solutions that we all can stand behind.   I think it will pay significant dividends for your party and for our planet.

Posted by Marshall in the Middle at 7:51 AM No comments:

Going Local to Combat the Loco

I've come to the conclusion that the only way we as a people will ever get past this stale-mate we having going in our lunatic government and society is to become empowered at the local level.  What does that mean ?  I mean do all you can to buy local, to shop local, to vote locally and to bring power back to the local government away from DC.

I was in a "Levis" store at an upscale shopping area in Orlando (Disney Springs- if you're familiar)  yesterday when I came across a rack of belts.  The belts looked nice and I could really use a belt.  I liked the colors but all the labeling had been altered  so that the measurements  accommodated foreign buyers.  So what about American buyers ?  Oh well, I started to walk away in frustration but I really liked the color of one of the belts  I persisted, and found one that would work for me.  I reviewed the belt and held it in my hands and smelled the rich leather smell and then glanced at the tag one more time.  "Made in China" it said.  I put it back.  I'll be damned if I'm supporting that communist government one more time and I shutter to think how those factory workers are treated and paid to get that belt to the USA at such a competitive price.  Never mind.

The same goes for our government.  The Federal government "lords" over us from Washington, DC telling us how we should act, how we should marry, how we should hunt, how we should use our guns, etc.... If you and your neighbors don't want automatic weapons  around because you think they are causing mass shootings then you should be able to vote to outlaw them.  Why does that solution have to apply to all Americans ?   Same thought for abortion.  If you feel a fetus is a living being at conception or at birth and so do most of your neighbors then that's the law you should institute.  I want a belt that was made locally and that offers labeling and language that I understand.  I want to support the local businessman and/or craftsman or artist.  That's what will bring vibrancy and sanity to our world.   Power to the local government, power to the little guys.  Power to families.  Down with oppressive international corporations and governments.

In My Humble Opinion....

Posted by Marshall in the Middle at 7:00 AM No comments: