Guns and Race in America 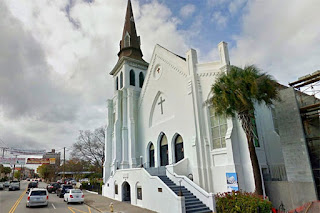 Since the murders of 9 innocent people in South Carolina I feel compelled to write on the topic.  It also coincides with my previous blog in my twin blog, "Journal of an American Malcontent", which elaborated on the absurdity of the lady that "identifies herself as black".   Her name escapes me., but she's a great example of how silly race issues can get.

The loss of lives is the biggest tragedy of the South Carolina mass killings., and I think 99.99% of all Americans are disgusted and saddened.   I guess this must be the 10th mass killing in the last 5 years and  it's getting tragically common.  The tragedy of the South Carolina mass killings - the avoidable tragedy- is that  the story itself turns into another opportunity for our political parties to start debating each other.  Now should be a time to come together and establish some real solutions regarding mass killings;    Gun Control,  Mental Illness, Crime Control and ways to prevent things like this from coming up again.  Our so-called leaders will no doubt get into another pissing match, pointing their fingers at each other and coming to absolutely NO solution but to continue arguing "unwinnable" arguments.  There is no compromise in DC so nothing gets done.  We are essentially a leader-less country with a group of  political extremists that are out for the following things;   themselves, their lobbyist buddies on K-Street (where the real money and power comes from), and of course their "team" the idiotic Republican and Democratic parties.  Notice the glaring absence of the American people on that list.

There is one other culprit in all of this,  the network news media.  And  I do mean the left-leaning networks especially (which are synonymous with the Democratic party).    The networks show no restraint in taking this opportunity to draw their own conclusions with dim-witted comments funneling all of this into the fault of southern white people.  Their narrative is that the confederate flag and the hate of southern white people is a never ending plague upon the black folk of the south.  They also took the opportunity in several cases to blame  Fox Network for "stirring the pot" of racism... .  or words to that effect.   The reality is the guy that killed those people is a lunatic and a psychopath- who is also a bigot.  The problem is with the lunatic part., the bigotry is an ugly aspect of all societies in the world and comes from all races not just the white race.

They-the network media - see themselves as morally superior to the majority of the country.  The reality is they are condescending, arrogant,  self righteous egomaniacs and most of them are better suited to cover Hollywood and all it's superficial happenings., not a real story like this.   This is the reason I stick to reasonably intelligent written media, newspapers and I encourage all my readers to pick up a paper or subscribe to an electronic version of your city's newspapers.  The newspapers usually have thought behind their opinions.

I am as angered by these murders as anyone but I want solutions not rhetoric.   Our leaders are bending over backwards to use this as another self-congratulatory oration of why they are so superior to the rest of the country and the other side.   President Obama won everybody over by explaining that this never  happens in any other civilized country besides the United States.  Wow, comments like that will sure help things a lot.  Once again, he has shown what an excellent "left leaning" college professor he would be but what a terrible leader he actually is.


Posted by Marshall in the Middle at 6:41 PM No comments:

I Identify as a Rich White Man 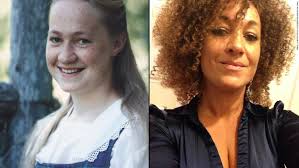 Dear Marshall in the Middle Readers !

I have posted to  my other Blog "Journal of an American Malcontent".  I am posting a link below so you can easily click over to it.   I can't tell you exactly what it is but  I've come to terms with who I really am just like Rachel Dolezal and I want the world to know about it !   I can't hide these feelings anymore !


Journal of an American Malcontent- I Identify as a Rich White Man
Posted by Marshall in the Middle at 8:29 AM No comments:

Many apologies for not adding to this blog in several weeks.  Sometimes I do get a little burned out on the politics of our country and its crushing monotony and unparalleled ability to bring new meaning to the word "inane".  So much mediocrity, avarice, and greed.  It can get depressing.  But now that the new election season is heating up (only one and a half years until the next election) things are getting humorous -if nothing else.   Case in point, there are now 10 official candidates for the Republican nomination and 5 "probably" running.    A lot of them are familiar names  from the last election;  Rick Santorum (who has a disabled daughter that he brings up in most of his speeches),  Rick Perry, governor of Texas who famously said "oops" because he didn't know one of the branches of government or something equally stupid.   I read somewhere that he has "improved dramatically" this time around so I guess he's able to add single digit numbers now and maybe knows things like that France is in Europe.  Then there's Perry's fellow Texan -Ted Cruz- who is light years ahead of Rick Perry in intelligence but he's also a slimy politician who plays games with all the small minded people to the right wing of the Republican party like... well, like Rick Perry. I've never seem someone on the national spotlight who so obviously manipulates the political process.  In our parallel "intelligent" universe Ted Cruz is running for mayor of New Orleans not a viable candidate for president of the United States.   Lindsey Graham of SC wants to be President so he can take us to war as far as I can tell but I really haven't heard much else from or about him, he just seems so boring to me.

There are some that are likeable --Mike Huckabee seems like a nice guy and he plays a great saxophone but I just can't picture it.   Marco Rubio who really does have a lot going for him but his lack of fiscal responsibility is concerning;  we need someone good at controlling spending IF NOTHING ELSE and Marco's personal  finances are not inspiring to that end.   Jeb Bush (who is still not officially running), I know well from his being governor of our fair state of Florida and I will say he was a very good and effective governor.  Boy do we miss him here !  Anyway, assuming he can polish his speaking skills and stay on track with his more moderate philosophy of governing, I plan on supporting Jeb.  By the way, he's nothing like his brother or father.    In My Humble Opinion......


Next blog;  Hillary and the Democrats.

Posted by Marshall in the Middle at 11:29 PM No comments: