Should I Become a Republican, Again? 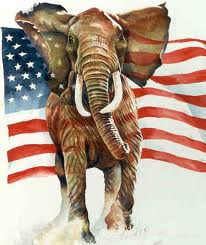 Yes, you read right.  I am considering re-joining the Republican party.   After being an Independent since 2002, I am having doubts that this is the best approach.... at least in today's political environment.   I don't see any voice for the Independents.   Where is the voice of reason for the middle ground ?    Why is there no movement towards leadership among Independents?   Open primaries would help the I's, but I never even hear it considered in conversation or the media,    The primaries come and I have no say in who is nominated to be my President.   Most elections are still totally dominated by Republicans and Democrats and their very predictable disagreements.  It's extremely frustrating.

The trouble isn't just with the lack of leadership amongst the Independents., it's also that the two parties are becoming more extreme because the moderates are leaving.   It stands to reason the more extreme of the parties will gain power and influence.  Witness what's been happening in Washington, DC for the last 10-12 years.  With the two parties becoming more extreme, we have perpetual disagreement.  Endless bickering.  Nothing gets accomplished and it's all about who is "winning" as if  the life of Americans is some sort of perpetual football game.  Are you a Red state or a Blue state?  Conservative or Liberal?   Democrat or Republican?  Pro-Obama or Anti-Obama?  There was even an article in the paper recently that Congressional leaders are writing the title of new laws to flaunt which "side" the law is on.  I receive letters from my congressman that speak to his consituency as if we're all Republicans !

Where is the wisdom?  Where is the compromise?  I believe this situation is very dangerous because extremism can never win unless it forces the opposing view into submission.

You see, ever since I left the Republican party I have watched as it lurched further and further to the right with no consideration of opposing views.  I don't even recognize it anymore.   Maybe I  have to go back to being a Republican in the spirit of bringing it back to its roots;   Individual responsibility,  Fiscal Conservatism,  Limited government in ALL issues including the bedroom and religion,  a government that enables Americans to achieve their best,  business friendly but not corporate welfare, and of course respect for the environment such as was championed by my favorite Republican President "Teddy Roosevelt".  Bully !

So, I am considering returning to the Republican party because  I want a voice in my government again.   The extremists of  the Republicans have taken over, therefor an infusion of reasonable human beings is very much needed for the good of the country.   Above all else, if I'm a Republican I can vote in the primaries and help to block some of the scary people advertising themselves as "our future".

Wish me luck in my careful consideration on this matter.


In My Humble Opinion,

Chuck Marshall
Posted by Marshall in the Middle at 7:34 PM No comments:

(First, I do want to comment that I am very much a fiscal conservative, but money spent to maneuver people to work is an important function of the government.  You can't have commerce with people sitting in traffic.  Also, train systems tend to breed development and business that otherwise would have never come into being.  It's money well spent.  Also, please note I have elderly parents and I am not opposed to medicare (although it certainly has issues).  What I resent is the hypocrisy of people who benefit from the government but are adamantly against anything else the government might do for other people.  Then, suddenly it becomes socialism.) 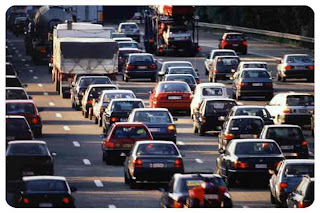 Reading some of your reader's comments regarding the sun rail project, it struck me that what it comes down to is the role of government. The role of the government, according to the constitution is, among other things, to secure the domestic tranquility and to promote the general welfare of the people. Helping people to avoid burdensome and time-wasting traffic along with an alternative transportation to get to work would most definitely help do both of these things. Those opposed to a reasonable train system should consider that not everything the government does is required to "make money". I smell hypocrisy when I read adamant letters and polls protesting a train system that "I won't use",   but I should imagine many of those readers opposed are also dependent on the "government funded" medicare system which my generation may never be "able to use".

In My Humble Opinion
Posted by Marshall in the Middle at 9:51 PM 1 comment:

The Weiner and the Weenies

So,  Rep. Weiner D, from New York was caught sending explicit pictures of himself to various women all over the country.  I guess he sent photos of himself shirtless, and in his underwear and I'm assuming naked, but I'm not totally sure on that.  He's "really sorry" for it though.  Of course he's really sorry,  he got caught.  I guess his wife can count herself lucky he wasn't sending pictures to boys !

Anyway, I saw the picture of his "torso" he sent to some lady;  it was displayed in USA Today last week.   First of all, the man needs to do some bench presses or push ups or something... what  a bird chest.  Second, in the background are framed pictures of his family, all smiling and happy looking on while Mr. Weiner reveals his "pride" to the strangers.   What a display !  So now, it's not just his family looking on it's the entire country.   Weiner's a wiener.    But he's seeking counseling now.  Counseling for what?  Acute stupidity?  A brain transplant?  "Someone please replace this colossal tumor in my head masquerading as a brain".

This man is one of the 435 US Representatives, one of our "leaders" in Washington, DC.  That's what's so frightening.  He's an immoral idiot, but he still thinks he should keep his position.  What a weird, weird world it is when something like this happens and the perpetrator refuses to resign.  He is suppose to represent the people of New York as a respected leader?   These are the people running our government,  does anyone really think things are operating properly in our Capital?

I suppose nobody thinks our leaders in Washington, DC are worth much.  The problem is they're a bunch of followers, a herd of weenies.  I hear no original ideas out of Washington, D.C, it's always the same herd mentality.   This whole process is wrong.  It just isn't working, all we're getting is one weenie after another.   We've got to look at new ideas to bring back a government that actually works.  This is ridiculous.   No more weenies !

Chuck Marshall
Posted by Marshall in the Middle at 10:10 PM No comments: