The Silent Racism of the Mainstream Media 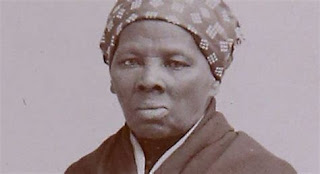 Harriet Tubman- An American Hero
I've watched some of the news this past few weeks regarding the anger over the murder of a black man in Minneapolis.  The video is disturbing to watch and the white man on the black man's throat certainly looks to be guilty of 2nd degree murder, if not first degree.  That's for the courts to decide.  He should be punished and it looks like he will be punished.
I have been purposely avoiding much of the news because it's so frustrating to see my fellow Americans in such trouble at the hands of rioters run amok burning businesses and public buildings simply because they feel they aren't getting fair treatment.  I say "my fellow Americans in trouble" because it's the small businesses and law abiding citizens- the innocent children and elderly especially- that will suffer the most for all of this.  Many of the youths that burned and damaged their own city will either leave it or be in prison over the next few months and years so it really doesn't matter to them.   They are young and healthy and eager to rage again in other ways against a world they see as the enemy.  The entire world,  including each other are their enemies.   But they are their own worst enemy, and I think that's evident to everyone.  Not all of us are willing to point it out,  least of all the media.
The media seems to enjoy these types of situations.  Like the fights that break out in school yards and draw a pack of blood thirsty, pimple faced brats to encourage those in combat.  The media is by far the most guilty of spreading the horrors of this rage and making it a plague on our country by turning the fury that is inner city America today into a show.  They enthusiastically film the burning of businesses, the turning over of cars,  and the beating of innocent people.  They quietly try to restrain their enthusiasm with politically correct comments about the horror show unfolding.  They are by far the most guilty of all that has happened over the last weeks.  They present it all to their audience as they click their tongues and gather the money for their corporate overlords who could not care less about the citizens of inner cities.
There are no new ideas.  There are no realistic solutions.  There is nothing but blame towards the police and the "systemic racism" here in America.  Where did this systemic racism spring from ?  It springs form the mainstream media that insists black America is somehow less than the rest of us and needs special treatment under all circumstances.   It's implied by the mainstream media that Black America must be placated and helped because they cannot defend themselves.  We're led to believe we should hold black America to a lesser standard because "that's just how they are".  What about the people who didn't riot and now have no business to buy groceries from or a community center to go to and who now live in an even less safe environment than before ?   Who's protecting them ?  Will the talking heads be there when the gangs, crooks and rapists have free reign of these neighborhoods ? Will the white liberal,  virtue signalling twits be there when the police refuse to go to certain neighborhoods to protect the innocent for fear of inciting another riot ?  Will they be there to help those that cannot help themselves ?   They are the true racists in our society by exploiting African Americans for decades.  Worse than the KKK or rednecks with Confederate flags, they hide their racism behind condescending arrogance and low expectations.  Obsequious pigs.  All of them.
In My Humble Opinion.
Posted by Marshall in the Middle at 10:57 PM No comments: