I've changed my blog name again.   Since I started this blog back in 2008  it has gone from "Chuck Marshall's Humble Opinion" to "Marshall in the Middle" back to "Chuck Marshall's Humble Opinion" and now "An American Voice".    I feel the need to speak up for Americans, all Americans not just the left or the right which is why I chose "Marshall in the Middle".  This title, however, comes off as just a little too "folksy" and it leans towards a humorous  title that lacks serious solutions.   I'd rather introduce my thoughts as being "An American" first and foremost  with ideas that can help all Americans and stand as a living and breathing think tank for new ideas.  Ideas to better society here in America and consequently even the world as America still often stands as a global example.  In addition,  "Chuck Marshall's Humble Opinion" is too broad in its implied topic and is also a little too familiar and implies levity when that's often not my intent.  I do still want to offer humor for my blogs but that will be more in the fabric of my thoughts and not the overall theme of the blog.  Therefor, the name change.   Also,  in going with the more "formal" approach to this blog I've decided to sign off as Charles E. Marshall instead of Chuck Marshall for the same reasons mentioned above.   I'll always be "Chuck" but for matters reflecting and perhaps affecting the nation I feel "Charles" makes the matter a bit more thoughtful. 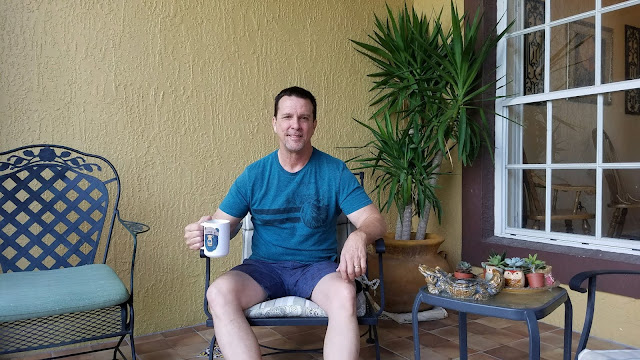 Posted by Marshall in the Middle at 8:12 AM No comments: 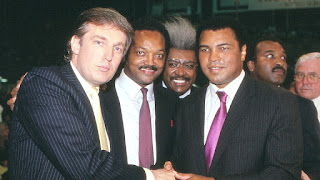 Donald Trump with black leaders (1990's?) Back when he gave them gobs of money and was a Democrat.

I've decided to be a "truth pastor", spreading the truth because you wont' hear it on the TV or from any media, corporate, or political leaders. This week is "Donald Trump is a Racist?".

I've heard this since Trump was in the primaries. It's been uttered over and over by the media, CNN, MSNBC, the networks, and of course the Democrats and even a lot of Republicans.

Is it true ? I guess nobody knows for sure because only Donald Trump truly knows his thoughts on race. I see a lot of pictures from his career as a "really rich guy" since the mid 1980's and I've seen no evidence he is a racist from that. The media seem to latch onto his comments about Mexicans coming into the USA and raping and killing people. Although, I'm sure most Mexicans are not like that- there are some, so it's not a lie to make that comment. When he did make those comments he seems to have simply been defending the fact that we need firmer borders and we need immigration policies that make sense. That I agree with. Is that a racist concept ?

Truth O Meter- "Donald Trump is a Racist" - On a scale of 1 to 10, ten being the most accurate., I would say this statement is about a "2". I only give it a 2 because all humans are kind of racist and this goes back to our tribal roots to stick with those we are most alike. That's not a crime, that's being human.

All you have to do is google search "Trump with black leaders" and you'll find dozens of pictures just like the one at the beginning of this blog, many of them from this past week. This begs the question, if they're lying about this basic fact, what else are they lying about ?


Posted by Marshall in the Middle at 8:22 AM No comments: