I was delighted to read an article yesterday morning in our local “bugle”, The Orlando Sentinel elaborating on a trend coming from the evangelicals to encourage our governor and the government to start taking climate change seriously.   It has always bothered how so many religious people are so ambivalent towards the environment.   Aren't they the ones that believe all the earth's bounty and life was designed and created by the Lord himself ?   Why would He then be OK with them to be so reckless about it by turning it into a part of our crass and never ending political debate ?   I have always been a bit of a tree-hugger as anyone who reads this blog is well aware.  (Lest the reader question my claim to always veer towards the middle.   The fact of the matter is I don't see protecting the environment as right or left….... I see it as common sense).  As I understand it this is and will be the only planet at our disposal for the foreseeable future.  Right?  Why test that fact  and risk  punching a hole in our lifeboat when any agreeable landfall is centuries away in technology?   Indeed, the Republican reluctance to address issues regarding the environment is the reason I left that party.  This is nothing to do with corporations or labor or democrats or republicans it's to do with the air we breath and the fresh water that will be available for our kids and their kids in the next century.  Finally,  yes, it has to do with our planet getting hotter because of our actions.  Global Warming, the much maligned moniker that the far right has had so much fun impugning is fast becoming an accepted fact much as the debate for the flatness of the world 500 years ago was overwhelmed by the reality that it is....... round.

So, I was pleased to see others of my faith (I am a non-denominational Christian) stand up and move forward in defense of our planet despite the custom of fighting all things "left".   The Bible is very clear that mankind is responsible for the well being of our planet.  One thing that is never clarified is  any particular political persuasion we should all be choosing.   The hypocrisy and contradiction that comes from many "so called" Christians within the right leaning ranks of society is offensive.  Like so many other issues, these self proclaimed Christians are often the ones that least practice what Jesus taught us to do. They  judge, they're hypocrites, they covet money, they're materialistic and they neglect the poor.  So, I am pleasantly encouraged by this movement to start acting like real Christians in the battle to preserve our planet for all of mankind.   That's a lot of poor people we're helping by protecting the environment…… in fact if you think about it, it's ALL the poor people.... and the rich and the middle class and all the plants and all the animals., etc....

In Genesis from the lips of God, it's announced  this way:   "Let the waters bring forth abundantly the moving creature that hath life, and fowl that may fly above the earth in the open firmament of heaven".

His opinion of it is put this way;  "And God created great whales, and every living creature that moveth, which the waters brought forth abundantly, after their kind, and every winged fowl after his kind: and God saw that it was good".

To me this holds much more water in the grand scheme of things than any other argument such as granting the corporations more levity in doing as they please to make a profit and bestow us with their low paying jobs.  In the end, all of God's creation is dependent on us to do the right thing here.  All religious affiliations from Muslim to Hindu to Buddhist should stop fighting one another and do God real honor by banding together to tackle all threats to our planet.

In my humble opinion…..

Posted by Marshall in the Middle at 10:48 PM No comments: 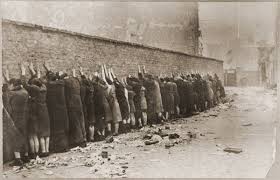 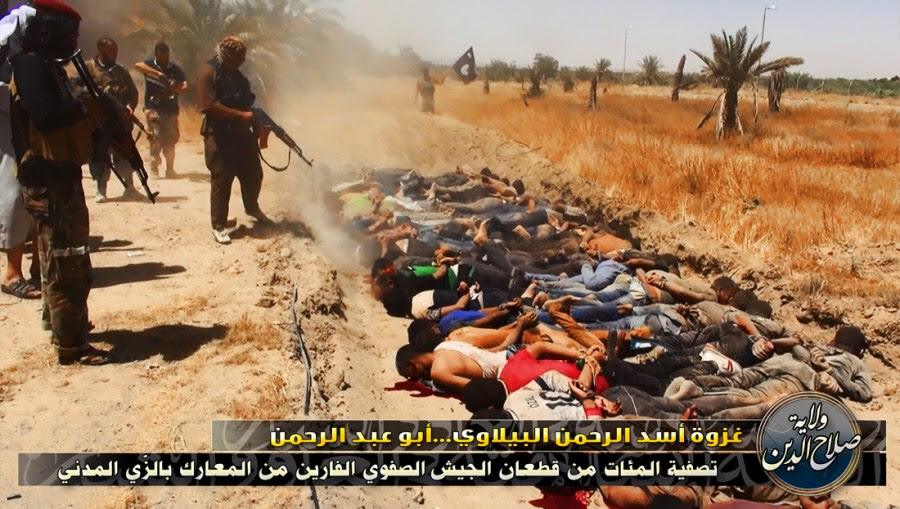 There is a lot of talk this week as the United States commences to bomb the terrorists that have overtaken large chunks of Iraq and Syria.  As the years have gone by, my opinions on the needs of the United States to be involved in foreign affairs have evolved.  I use to be of the mindset that we should not be involved in the affairs of foreign countries unless there are American lives at risk.  Today, after this tactic has been essentially engaged by our sitting President., I am coming to see the consequence of no strong leadership against evil in the world.  This group of murderers, known as "ISIS" (their goal of uniting Islamic extremists in a nation state is a non-issue in this particular blog) may as well be a group of SS Gestapo troops banging down the doors of Jews in Nazi occupied Poland or Russia., ready to mow down all human beings whether they be elderly or children or pregnant women.  They kill simply because these people are NOT THEM.  There is no greater evil, and that they invoke the name of God or Allah in their endeavors makes it that much worse.  Even the Nazis didn't pretend they were doing God's work..   Who will stop these butchers other than the USA.?  Nobody.  We must face up this group with great force and in whatever way is necessary simply because there is nobody else to do it.  The Russians ?  Read my previous blog about the Russians... Putin would join ISIS if  he thought it would benefit him a whit.  The European Union ?   They are splintered and bickering and weak in their resolve.    China?  There is no money in stopping evil and it certainly does not serve to help the communist leadership stay on their thrones of control and oppression.

So...just as in WWII, it comes down to us and perhaps our allies in England and Canada to stand up to this modern group of Nazis before they grow any stronger.   I hearken back to the courage of England at the beginning of the war in the words of King George VI as he addressed the people of  the United Kingdom through radio telecast as he referred to Nazism and its inherent danger;


"It is the principle .....which sanctions the use of force,
or threat of force, against the sovereignty and independence of other states.
Such a principle, stripped of all disguise, is surely the mere primitive doctrine
that might is right; and if this principle were established throughout the world,
the freedom of our own country and of the whole British Commonwealth of
Nations would be in danger. But far more than this - the peoples of the world
would be kept in the bondage of fear, and all hopes of settled peace and of
the security of justice and liberty among nations would be ended."


Now, that's putting it all in perspective... In My Humble Opinion.
Posted by Marshall in the Middle at 10:00 PM No comments: