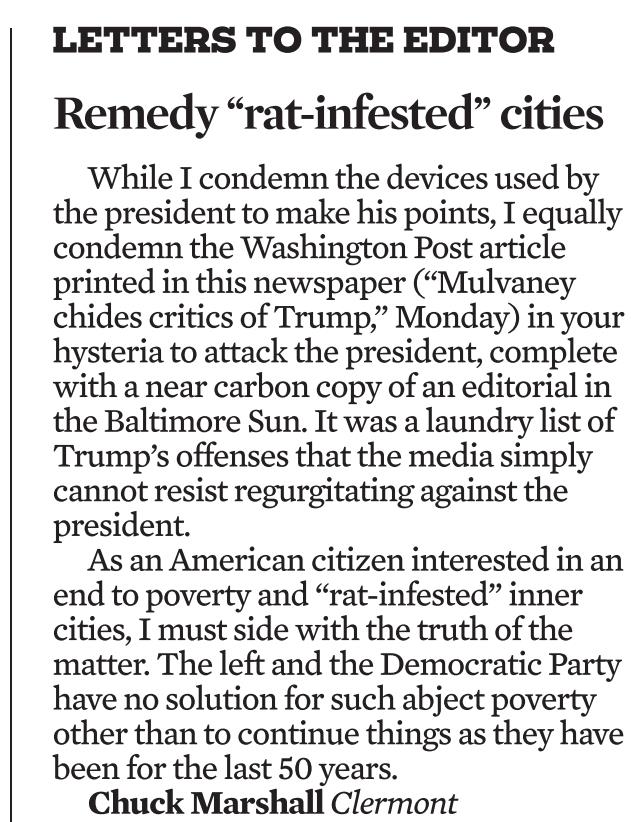 
The Orlando Sentinel published my letter today, but they changed the wording quite a bit.

Here is the original version:


"While I condemn the devices used by the President to make his points, I must say I equally condemn the article printed by the Washington Post that this newspaper chirped out in your hysteria to attack the President back complete with a near "carbon copy" of an editorial in the Baltimore Sun.  It was a laundry list of Trump's offenses that the media simply cannot resist regurgitating against the President.   I feel I'm watching a fierce fist fight on the playground of the nearest Kindergarten.  As an American citizen interested in an end to poverty and "rat infested" inner cities I must side with the truth of the matter.  The left and the Democratic party have no solution for such abject poverty other than to continue things as they have been for the last fifty years and to claim "racism" if anyone dares point out their colossal failure.   That is at the heart of this latest hysteria.   Those ghettos are a consequence of failed socialistic policies of a left -leaning government that that has never seen a government program it didn't love-- no matter how useless.  The Washington Post and the Democratic party should be furious, I agree, with their own  failure to offer real solutions to these American citizens living in poverty and squalor. "
In my humble opinion.......
Posted by Marshall in the Middle at 6:29 AM No comments: 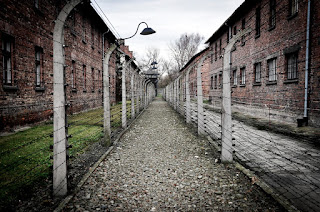 This week there has been all kinds of discussion among the "talking heads" that Donald Trump is (or is not) a racist.  He tweeted out some comments referencing a few congresswomen telling them to "go back home",  and things just got worse from there.  "The President is a racist and a bigot and a neo-Nazi" is a common theme.  The ladies in question are all of ethnic origin and so consequently immune to having done or said anything wrong in the eyes of our so called journalists.  (which is a form of racism in itself,  but that's another blog)  As is usual, they (the media) are putting on a show not covering facts.  Trump was quite the supporter of civil rights in the decades before his Presidency.  There is no evidence today that he holds disdain for anyone other than most of the media and his political enemies.   The witch hunt for the latest racist in the eyes of the far left grows ever more tiresome.   In their defense, a lot of the current atmosphere is as a result of Donald Trump himself.  We have a leader who can't keep his mouth shut and who has never heard of self restraint.  He's an ogre and a bully.  Is he a racist though ?   I think he has disdain for anyone that disagrees with him and he is a ruthless competitor but I don't think he's a racist.  Painting the world with such broad strokes is dangerous and equally stupid coming from bigots on the right or the "virtue signaling"  left.

On to a more serious topic;  Nazis.   The far left and the less intelligent "talking heads" love to reference different people or groups as Nazis or "neo- nazis" and they seem to feel better about themselves for having said it.  The reality is they diminish the suffering of the millions that were tortured, beaten, starved, mutilated, and killed at the hands of the Nazis.   If I can make a suggestion that we can all refer to people we don't agree with us as anything other than Nazis - perhaps "fascist" if you can crack open your dictionary and learn the meaning of words.  But, Nazis ?  The Nazis wouldn't have put children or anyone in detention camps at our border they would have shot them on the spot.  Nazis ?  ICE is a Nazi organization ?   If ICE was run by Nazis then all illegal immigrants would be a pile of bodies in distant concentration camps that everyone would be terrified to discuss lest you wind up there yourself.   I ask anyone reading this that doesn't move their lips as they read;  Please stop using that term to reference your political opponents unless it's actually close to the truth.  The reign of terror in Europe wiped out over 50 Million people by the time it was all over and left an entire continent in ruins.  If you have any decency and/or intelligence, don't disrespect the dead and butchered souls that came about as a result of the Nazis by calling our border guards "Nazis".


Posted by Marshall in the Middle at 7:58 AM No comments:

Dear loyal readers, I apologize for my absence but I am back !  Here is a post I thought I had published but I did not., this regarding the fire at the Notre Dame cathedral earlier this year.  A letter writer felt the need to point out how superior he was because he thought about the black churches burned when the world was watching the fire in Paris.  He's so much better than the rest of us ! Definition of "virtue signaling" guys !

The Notre Dame Cathedral fire was not immune to the morally superior and politically correct "thought police".  One man felt the need to write the Orlando Sentinel and clarify how he, more than anyone else noticed the glaring failure of his social media friends to keep things in perspective. 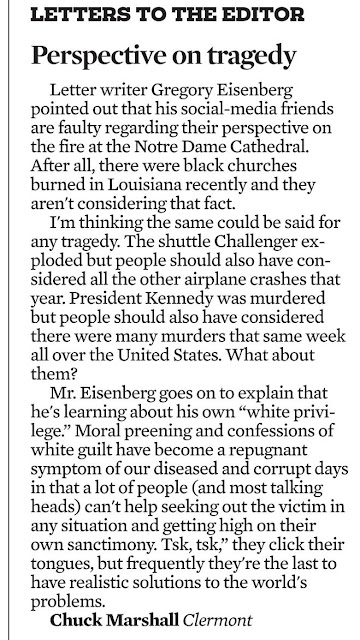 Posted by Marshall in the Middle at 7:45 AM No comments: