COVID19 Deaths and the Vietnam War

COVID19 Deaths and the Vietnam War 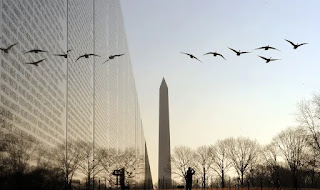 I've read several reports of how the COVID19 death toll now sits at a higher rate than the Vietnam War.  Not a terribly good comparison as the 50,000 that died in the Vietnam war were at the beginning of their lives and averaged around 19 or 20 while the COVID19 deaths are over the age of 44 by 95% and nearly 50% are over 75.  No life is unimportant, but I think we all agree we'd rather die at 80 than 19.   In addition the mostly young men in Vietnam were sent by humans to fight other humans on the other side of the world in a futile war that was largely political.   COVID19 was an invasive virus that came upon us through no particular person's fault, although it's often implied Trump could have somehow stopped it.   I think this is an important distinction because both parties and the media are so quick to send our young people off to war just because old leaders and their moneyed supporters could not come to some sort of rational plan for peace.   It's good for corporate and it's good for ratings, right ?   Will human life be so very important the next time egos and gobs of money are on the line or will we once again send our young people off to be mangled and butchered ?  COVID19 and wars.  I don't like the comparison

Posted by Marshall in the Middle at 8:42 AM No comments:

Covid19 Shutdown- Has it been Necessary ?


Was the economic shutdown we are now enduring necessary ?  Ever since the President announced he was instructing the states to shutdown their economies due to the threat of Covid19 I was skeptical.   Walt Disney World (a 25 minute drive from my house) announced they were closing for at least a few weeks and I was sincerely upset because I really thought it was unnecessary to put all those people out of work for even one day.  These are my neighbors and friends.   As time went by and we were spoon fed more information from the government and their friends in the media (who seem most happy and involved in a story when there is fear and conflict and death)  I came to believe it was necessary to "flatten the curve".  My niece, who is a Doctor, published a meme explaining the importance of "flattening the curve" and that made sense to me.  I don't want the Doctors and nurses dealing with this to be overwhelmed and if we need to stay home to lighten the load for a few weeks., that makes sense.   In addition, of course we don't want people suffering for lack of medical care.  I hope that at the very least that was a consequence of this shutdown.

It has been FIVE weeks and the emergency seems to have passed.   I understand that we need to be cautious about reopening, but now I'm doubting the entire thing was helpful and that it may even be harmful.   The herd immunity that would have come about if we had kept the economy open would be in full swing by now and most of us would be immune to it.   Now, most of us are not.   There is a video going around from a Doctor in California that outlines some of this doubt.  He is at the front line and he is not a government official or the President or the Governor- meaning there's no motivation for him to have it end up in any way other than to lighten the load and help his patients.   He is dealing with this., and he 'nor his peers at that hospital feel the shutdown should continue as it is.  The caveat he offers is that we need to have widespread testing so we know who can affect the vulnerable.  These people should be quarantined, not the entire population.

So, was the nationwide shutdown necessary or even helpful ?    Time will probably tell, but the reader must remember we now have a government and a media that are very tied into the multi- national corporations and governments (of all varieties) of the world that have a vested interest in gaining power and influence in the day to day activities of all human beings and it will end up, according to them,  to have been necessary because the entire episode empowers them even more.  They need to be the heroes because they know better than all us hillbillies and common folk trying to make a living.  Never mind the truth.  "Time will tell"?  I have no idea, but I like to think that ultimately the truth will be clear and "history will tell".

Corona Virus and the Role of Government 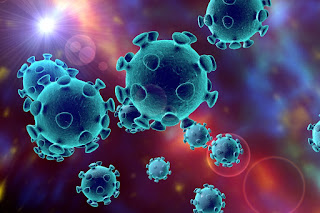 The Corona Virus (aka COVID19, Chinese Virus,  Wuhan virus, etc....) is changing our world within the matter of two months.  What's going on  ? What's really going on ?

I have seen many viruses come and go before but I've never seen such a reaction.  Is it the virus or is it the media and government that are causing such distress for all of us ?   Is this a case of the government overreaching or is it a case of them acting in our best interest ?  Is there something they're not telling us ?  Is this a conspiracy to bring Trump down ?  Is it the Chinese sending it to the rest of the world on purpose to create even more disruption and instability in free societies that they would not have to contend with ?

All of this also lays out the moral decisions of government to demand closing of the entire economy.   Is it necessary ?  Are there other options that might prove better and could keep all of society still working  ?   I suppose we can examine the details of what worked and what did not after all this is over.  Time will tell.   The question is also whether that's the role of government to "protect people from themselves".  I understand halting public gatherings such as sporting events which are purely for entertainment, but church and other benevolent operations could perhaps be allowed more flexibility given certain guidelines.  Shutting down any business, in my humble opinion, is not the role of government.   Individuals have the responsibility to protect themselves and their families.  If a business maintains a limited number of guests or customers to keep space between them then I see no obligation of the government to shut down anything.

It's all common sense, but that's sorely lacking these days and our government has no such thing.  It is an elusive frame of thought that seems to have escaped the public domain many decades ago.

Posted by Marshall in the Middle at 7:01 AM No comments: