Political Snake Slithers Across the Map 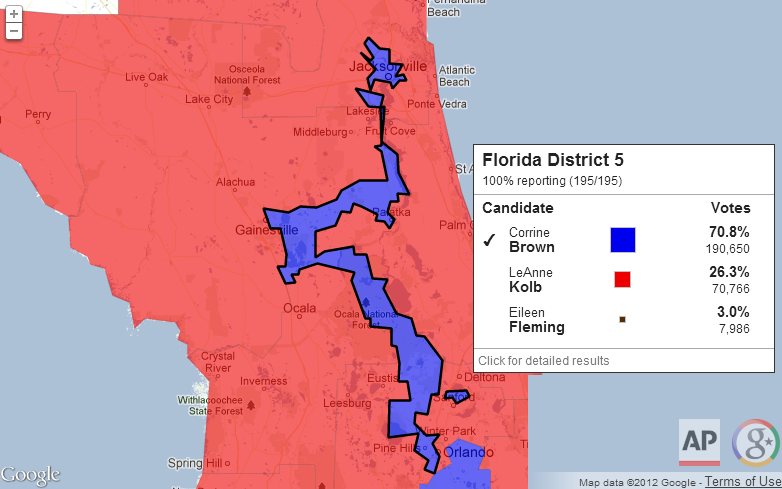 The Orlando Sentinel continues to massage my ego by publishing another of my rambling letters.  Hopefully it will make some difference.  They actually changed the wording more than usual., but the essence of my outrage was conveyed.

A little background;  The Orlando Sentinel  published an article last Thursday regarding our wonderful leaders in Tallahassee and their determination to maintain gerrymandering and  "government by cronyism".  They all love gerrymandering  because Lord knows they couldn't be elected by a normal cross-section of Floridians.  They have to hand pick their districts to get as many like minded "mouth breathers" as possible.   Even though the public voted by a super majority (over 60%)  to end gerrymandering here in Florida the legislators have done everything they can to thwart the will of the people.  Now that the courts are looking closely at their records, there may be "hell to pay" because they "lost" their records (imagine that !).


Regarding the article “Leaders in Legislature
admit destroying redistricting records”
in Thursday’s Sentinel: The will of the people
in the Fair Districts amendments was that
gerrymandering must stop.
Our leaders in Tallahassee seemed to have
thought that since they didn’t agree with the
amendments, which were passed by more
than 60 percent of the voters, they were
entitled to do everything they could to prevent
it from being implemented.
Now they have come under the scrutiny of
the courts. They aren’t sorry for what they
did, but they’re terribly sorry they may have
been caught.When such an abundance of
effort from our political leaders goes toward
thwarting the will of the people, they should
be stripped of all power.
These political games the parties play must
stop. Let the courts showno mercy to their
excuses regarding “lost” records. This frame
of thought from any existing or potential
leaders must be squashed.

In my Humble Opinion !!
Posted by Marshall in the Middle at 8:18 AM