The Sedition of Malevolent Partners 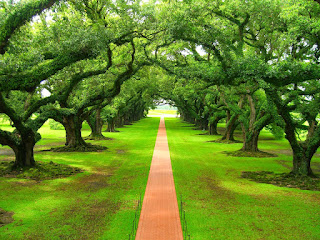 I regret the time since I wrote here, it has been an extremely busy spring, friends !  As I've mentioned before I am in the plant business so all my baby plants cannot hold on for me to pop off on the news of the day.  In addition, my Arborist Certification is up at the end of June and I have to catch up on my CEU's.  Finally, my oldest, my son, graduated from high school and that has taken much attention and work !  He graduated Summa cum laude,  by the skin of his teeth.  (He's a procrastinator like his father).  It has been a lot of work and a lot of emotion as we prepare to see him off to the world, or least the "bubble world" that is Gainesville, Fl.

I am feeling that compulsion, the itch, to write again since I have time to breathe.  As you all know, Donald Trump is in the news for 90% of all stories, 90% of all time, and it's 90% unfavorable.  I've written mostly negative blogs on Trump since he has been in the limelight, but after being elected I backed off and decided to see what he could do.  To me it's important to give a person a chance.  The media had other ideas and so does the Democratic party.  True to their nature, the parties are generally more concerned with themselves than the good of the country and the Democrats are revealing that their partisan nature can be as severe as the Republicans, if not worse !  The difference is the Democrats have nearly all the media on their side since the media tends to lean left as we all know.  (If you disagree with me then you need to turn up the volume on your televisions.)

Who's a threat to our Democracy ?  Donald Trump?  The man can't sneeze right, and with hardly 40% approval rating he's not exactly in the position to ram through any sort of legislation much less seize control of the government overall.   No, the threat to our Democracy is not in the White House it's in newsrooms of New York,  Washington, DC and Atlanta where the big media lurks around, apparently very alarmed that its power has limits.  They are so frustrated their candidate (Hillary Clinton) did not win that they've sold their soul to the Devil and are openly jockeying to remove a freely elected President from power  They've removed their mask, and they are  as partisan as the Democratic party itself.  They "don't like" the President.  These facts, in their  mind, enable them to throw out journalism and announce everything in relation to, and through the prism of,   how bad Donald Trump is.  Prez Obama was allowed much more leeway, in fact, I think it wold be fair to say the media gave Obama "carte blanche" to do as he pleased.  (no pun intended).  Essentially, since he is black they left him alone.  That kind of patronizing behavior is a form of racism, isn't it.

So, now I don't watch the news because it gives me a stomach ache.  I don't read the paper because I go through the rest of the day angry.  I get my news from the radio and I watch Fox News for the lead stories because they still seem to understand journalism unlike their peers to the left.  Watching the MSM requires so much work to wade through the mud of partisan bunk to get to what's really going on.  I'm tired of it all.  On social media, the right is quiet (because they won) and the left is hysterical.  I promised in a previous blog, that I would not comment on Trump's performance for 100 days.  Well, it's been around 150 days, and all I have to say to those in the social media and the talking heads is this :  Leave the President Alone.  Let the investigation continue and if he colluded with the Russians, then let him be impeached,  but if there is no there- there (as is probably the case)  then all of you must truly contend with your hysterics of the last few months.  With no disrespect to little girls, you'll need to look in the mirror and understand what you see in your vision is a hysterical, whiny, wimpy, catty little weak girl that has no talent for anything other than pitching a fit and spreading gossip.  That is what the Democratic party AND most of the MSM has become;    A group of simpering, weak, malevolent little brats in need of a severe whipping.

In My Humble Opinion


Posted by Marshall in the Middle at 7:37 AM