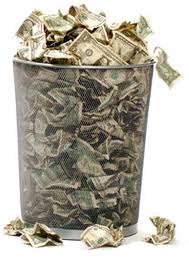 Ok, so we've established that the first step is to remove money from the election process (please see "Intelligent Government, An Oxymoron? parts 1-3 if you don't know what I'm talking about).   This is the first step in our "getting government smart" series "Election Reform Amendment".

The first question that jumps in my head is  "How do we implement such a plan?"   In order to draw out the best potential leaders we have to begin harvesting from existing leadership.    So your religious leaders, Toastmasters, Kiwanis, business leaders, any and all local leadership and even military leaders are open to nomination for positions of local leadership.  Once these leaders have gone through a nomination process from those that know them, each person that is interested in actually running will begin the process of speaking, debating, and having their positions and ideas submitted for review through the local media.  No money is necessary because the facilities where debates and speeches will be located would be at local places for gathering such as civic centers.  NO MORE of these mysterious people who come out of nowhere with bundles of money to start doing the bidding of some select group.  Only local leadership who have shown what they can do and accomplish for their fellow citizens as leaders and administrators.   One other great benefit;  not all of our leaders will be restricted to lawyers.  Hallelujah !

What about higher levels of government ?   As each person is elected to a lower level of government then they qualify for the next level of government., there is no way to go higher unless you have served at the lowest level.  With this requirement you will always be getting the best of the best as you go to a higher level.  In theory, within about 30 years we will have a fully, effective, efficient President who has demonstrated through years of work and dedication to his people that he is essentially the most talented leader in the land.  How can anyone argue against such a circumstance?

I know there are details about all this that would need to be worked out but the details could be hammered out according to local custom and preference.  As long as the structure is there that all leadership nominated must start at the very bottom levels, and that no money is needed, necessary, offered or required. It would strictly be the people listening to the candidate and voting on exactly what he or she thinks, believes, his or her composure,  his or her experience as a leader, and his or her position on the concerns of the governed.  Nothing else.

Posted by Marshall in the Middle at 9:27 PM