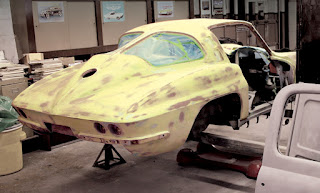 
We Americans have accomplished much in our history.  We established the world's first true Democracy, we
invented the light bulb, the telephone, recorded sound, the Airplane.  We were the first to harness electricity, mass produced the automobile,  made home computers a reality, and created the world wide web.  We liberated  Europe form the Nazis, the Pacific rim from imperial Japan, and Eastern Europe from the Soviet Union.  This is a very brief account of all the many great things our country has accomplished.  That being said, I  have one question.  Why do we have such a lousy government?   We deserve better.

I started a series of blogs back in July titled "Intelligent Government, an Oxymoron?".  I used a question mark out of respect for the possibility that that is not always true, but really I should probably just drop the question mark.  As it stands, "Beam me up Scotty, there is no Intelligent Life Here".   The recent "Fiscal Cliff" fiasco is a case in point as to how totally retarded they all are here on this 1st day of 2013.    I'd like to review  these blogs in the next few weeks and proceed from there with ideas that might work to fix the day to day idiocy of our government.

It seems like everyone is sitting and standing around watching how bad Washington has gotten, and EVERYONE agrees  it is not working, but nobody has any ideas to fix this mess.   Why not?  I assume most people feel  "you can't change the system", but I disagree.  We are still a Democracy, the power is still with the people if they seize it.   If the Czechs could have a Velvet Revolution with very little blood spilled to overthrow the authoritarian Communists, surely we can engage in some sort of exercise to remove the bad governing processes as they work now in order to have an efficient wise government .  We don't need an actual revolution because the bones of good government are already in place thanks to George Washington,  John Adams,  Thomas Jefferson, and all the other brilliant founding fathers of our country.  What we need is a significant change, a re-set to a government that works for the people, not for money, not for power and NOT for political party.

Many people who read this will say "impossible", to which I reply that it was also impossible for rebel colonies in the 1780's to throw out the most powerful army in the world at that time... but they did it anyway.

Posted by Marshall in the Middle at 11:44 PM