Tea Party a Cancer on the Republican Party 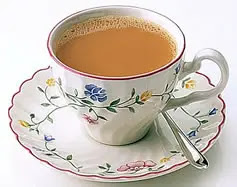 When I first heard of the Tea Party back in 2009-2010, I thought to myself;  "Oh good,  a group of people that understand what this country needs is to go back to its roots".   I had just read Common Sense by Thomas Paine (a masterpiece !) and also the biography of John Adams, one of my favorite founding fathers.  These men were true patriots.  Intelligent, passionate, committed studs who helped establish the foundation of our country with bedrock ideas and truly brilliant solutions to the challenge of governing a fledgling nation.
As the weeks and months went by I came to realize that the "Tea Party" is nothing like our founding fathers and that they in no way resemble patriots.  If anything they are a pack of traitors that wishes all actions of our President to fail miserably so they can point to his failure as proof of their superior philosophy, no matter the harm done to ordinary Americans.  They pretend to celebrate our founding fathers but in what way is that true?  Our founding fathers understood that to govern the people that it's important that the opinions of ALL the people be heard and that a compromise was absolutely essential.  The Tea Party wants its own way or it's the highway and it will do whatever it takes to block the "other side" from getting what it wants.   No one person or group of people have all the answers, and the governing philosophy that embraces such a concept is not a Democracy or a Republic but would best be referred to as a Fascist state.

Many of the core ideas of the Republican party use to coincide with my philosophy;  personal responsibility, self reliance, small business virtues.  Today, with the help of the Tea Party I now think of them as  uncompromising, unsympathetic, selfish, anti-environment, and anti-science.  They're incapable of even conceiving of agreement with the other branches of government - a critical function of our leadership.  So, what has happened to Congress as a consequence ?   They are less popular than roaches and communists a recent survey revealed and absolutely nothing gets done, because any sort of productive legislation requires the two parties agree on SOMETHING !

Now, with national health care,  they are bound and determined to stop Obamacare.  I don't know that much about Obamacare 'nor do I have any idea if it will work. I do know that it was legislated by a government controlled by the Democrats in 2009 that was elected by the American people.  So, if the Republicans want to repeal Obamacare then they should take back the government and repeal it !  That's how it works.  The way they're doing it sets a dangerous precedent that whatever is done by one party will be in danger of being blocked by the other party through threats of government shutdowns and the defunding  of  legislation that was legally written by a previous Congress.  When does it ever end?  That's something for the Tea Party to consider;  "If you do get control of the government, the Democrats will never let you get anything done.  So, stick that lump of sugar in your cup and drink it."

Posted by Marshall in the Middle at 9:41 PM

The Republicans incubated this "cancer" and raised it lovingly. It don't know how they can stop it, but I hope to see the answer soon, preferably before 2016.

Strange as it may be, I'd prefer to go back to 2011 when at least both parties would belatedly negotiate. Now, the GOP is too scared of Tea Party challengers and the Dems are feeling that they can push for more spending. If the Dems retake the House and hold onto the Senate, aarrghhh! There won't be a lot of restraint on them.

Marshall in the Middle said...

Exactly, that's one of my bigger fears of a boomerang effect. How can people be in position of power yet lack a scintilla of intelligence or foresight.

As long as this back and forth between these parties trying to sabotage one another's agenda, NOTHING will ever get done in government. The American people will continue to be the victims of government ineffectiveness. Democrats, Republicans, and Tea Partiers all guilty. How many of these representatives really represent the common people's interest?

"How can people be in position of power yet lack a scintilla of intelligence or foresight?"

I'm afraid they represent constituents who are like that. Why else would someone like that not only get elected, but get reelected? Also, our campaign gauntlet favors the incumbents and those who can raise funds. That doesn't help either.

The key to this discussion is the answer to a question: Do you believe in democracy?

Representative democracy within the constraints of constitutionally-protected rights, of course. In shorthand, though, the question still remains. I think most, if not all, would insist Yes I do! But what about, like the Tea Partiers, who find themselves in the minority on many issues? What does it mean to believe in democracy when you don't get your way? Does it mean joining and supporting a party that has a fighting chance of gaining a numerical majority next election, and supporting politicians like Tec Cruz and Harry Reid who constantly lie and dissemble and misrepresent the words and positions of members of the other party in an effort to gain that numerical advantage? Is that true democracy? No. A citizen who really believes in democracy, when they find themselves in a minority position, begins working at the grassroots level to change minds in the marketplace of ideas in hopes that next election, candidates who espouse those ideas agreeable to yours will win office. This is exceedingly different from the corrupt numbers game played by party politicians. Of course, they have gamed our representative democratic system because they just want to have their way with public policy, rather than compromise and/or cganged minds. Following along with such a scheme that promises getting your way has lured the electorate away from the independent representatives our Founders created to the undemocratic corrupt scheme ruining our government today. Party is the problem. Now whether citizens are prepared to do democracy the hard way is the big question.