Closed Primaries are Not Democracy 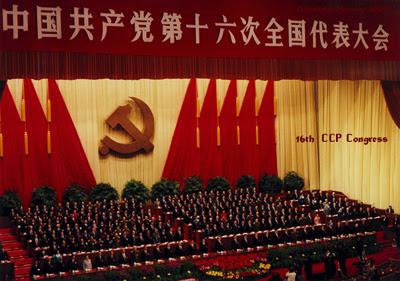 
I write this blog as an addendum to my Oct. 11, 2013 blog on closed primaries.
( http://chuckmarshall.blogspot.com/2013/10/a-case-for-independents-no-more-closed.html )
I was reading an article in today's Orlando Sentinel regarding the situation in Hong Kong as it relates to the Chinese mainland and their (the Communists) efforts to contain any real choices to the citizens of Hong Kong.   It struck me how similar this was to our situation here in the USA when a state mandates closed primaries (such as my state, Florida) ... so of course I had to write the paper about it.  I don't know if they'll print it, but I figured I'd go ahead and post it.  I'll let you know, loyal readers if it is printed.  If it is, I believe this makes letter number 30 printed in the Orlando Sentinel since 2006.


I found the article on Democracy in Hong Kong vaguely familiar.  It states that these pro-democracy citizens of Hong Kong are outraged because the Chinese government is allowing  "free voting" such that the people are "free"  to choose among the candidates that they (the Chinese government) pre-selected for them.   The article goes on to explain the position of the activists, stating  "One person one vote will be meaningless if candidates all have to be approved by a nominating committee they see as beholden to Beijing's interests".    This sounds a lot like the closed primary system we have right here in Florida where our candidates are first "pre-selected" for us by the government subsidized political parties.  The comparison is not so outrageous when you consider the Chinese government is mainly motivated to hold on to power and so are  Democrats and Republicans.   An open primary system would allow one election in which all citizens including those with no party affiliation can nominate candidates.  This process would allow all of us to fully participate in selecting our leaders not just those motivated to keep their party in power.