Congressmen on Break to Get Back to Their Real Career 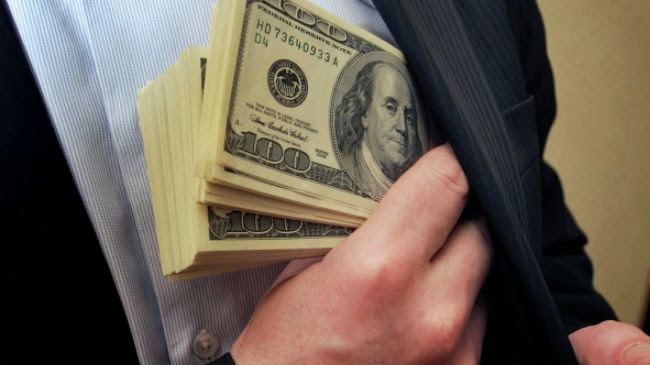 In case you didn't know it, Congress is on break right now.   The natural response from most Americans is of course, "I didn't know they ever came OFF break".  There's so much truth to that. They "have to take a break so they can go back home to get ready for mid-term elections"  is my understanding.  I do sympathize that they have a lot of schmoozing to do in order to get re-elected since the vast majority of them have no real leadership talent. They cannot run on accomplishment, that's for sure.  They are very good at politics but very bad at leading. What it boils down to is they're going back home to work on their true passion and talent;  kissing up to the people who give them  money.   Money to produce their horrible TV ads, newspaper ads, Internet pop ups,  obnoxious road signs,  etc.....  It is not an exercise in democracy so much as  a three ring circus culminating two years from now with the biggest clown act of them all;  The political Party Convention.

How repulsed must our ancestors be at what it's all become?   There is no dignity anymore.  There is no work for the good of the people and the country but only for the political parties so that they might "win" this time around and show how their respective philosophies are the best for everybody else.  It's us vs them., right vs. left, Republican vs Democrat.  Blah, blah, blah.  Small, little, baseless, hypocritical, mealy mouthed, selfish minded trolls that have wrested power from the American citizens by driving a wedge between all of us using  problems and challenges as weapons of division rather than opportunities to unite.

So now our Congressmen will slither back to their home districts.  They will make some deals and earn lots of dough so they can bore us with their inane advertisements.   I hope and pray to see the day when the process of election no longer involves money at all.   When that happens we will lose the politicians and gain real leaders.