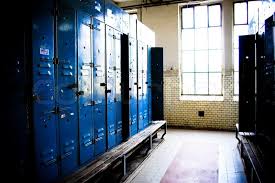 The weeks is now dominated by the Donald Trump recordings caught back in 2005 where we got to listen in on what he refers to as "locker room talk".   I read the comments of a friend on FB who supports Donald Trump, defending him regarding the entire episode.  I understand he wanted to defend his candidate at all costs, but "through thick and thin"  got pretty thin this week.   Anyway, this friend has been one of my best friends since high school, so I know him pretty well.  What bothered me was that he would drag himself down to the level of what was recorded of Donald Trump.   His comments were defending Trump by saying;  "that's how guys talk" when the ladies aren't around.   This guy was at my bachelor party, and I  heard nothing similar to what Donald was caught saying in those recordings from my friend or any of my friends.  Of course there's banter about sex but I've not heard such talk of forcing ourselves on girls or getting a tic tac because we couldn't resist forcing ourselves on a particular girl and especially there isn't open talk among  my married friends purposely going after a married woman.   With all due respect to my friend's intentions., "he's wrong" to put himself in that category- my friend has far more class than that.   Of course there's talk of enjoying the opposite sex in "locker rooms" just as that sort of talk crops up among women, but grabbing a woman by her "pu***" as Donald explained as his romantic strategy ?  That, I've not heard before. Guys like that are generally looked at as dorky and are avoided as time goes by.  The difference is Donald has money so the leeches and maggots of my gender tend to cling to him making him think he is liked for who he is.    "Wrong, Donald" they like you for your money and they probably don't really like you very much after that.   You're a dork.