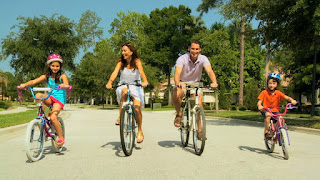 Since every aspect of our life is now related to politics., it was only a matter of time before it seeped  into football., so  I guess I've got to make a comment about all the hoopla regarding professional football players "not standing" for the national anthem.   I sincerely think the whole thing is ridiculous, but isn't that always true of politics in our time ?   I've listened to both sides and I'd like to say both of them have a point., but they don't.  There is no excuse for taking a protest in front of the entire country during a peaceful event meant for entertaining.  It's offensive, it's irritating, it's disgusting, it's treasonous and disrespects every single American who died or was injured in any of our armed conflicts.  It  dishonors the every day American who struggles every day to get to work, to pay the bills, to deal with outrageous health insurance premiums but wants to sit and relax on Sunday and enjoy a game.  I know Trump egged them on with his taunting comments, but this was an opportunity to really stand up for what you believe in and not let him get to you.  Instead, they jumped on the "anti Trump" bandwagon because that's what all the other spoiled brats in Hollywood, or New York or DC do.  They could have risen to the challenge to a higher ideal.  They did not.

Also, If the NFL players are protesting race relations in the USA, how in the world is this helping?  I mean, seriously ?

So, let us all turn off the vaunted TV on Sundays and-- call me crazy- go to church or temple or mosque and work towards a more  meaningful life giving honor to the act of giving and selflessness just like our founding fathers did.  Churches and places of worship need good people to step up and help.  There's a lot of hurt out there and this will be much more rewarding activity than watching grown millionaires play with a ball.  I say all Americans should turn off the TV, get out in the fresh air with their kids and or loved ones and  toss a football.   I say Americans get off the sofa and do something with your family that involves interacting with each other not interacting with the TV.   I say "take a knee" to the self centered nonsense we witnessed on Sunday.  I say take a knee to the movies of Hollywood and go to a local play.  I say take a knee to the mega corporations that lobby our leaders in DC  and buy locally grown food and locally made products.


Posted by Marshall in the Middle at 9:01 PM