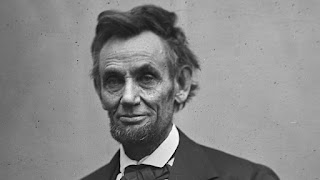 
Donald Trump is not eloquent but that's alright.

I remember watching G.H.W Bush and cringing at his speeches and comments.   The man was not eloquent 'nor did he seem especially smart.  He inherited his father's place in American leadership because of his name.  Barack Obama was a "breath of fresh air" after 8 years of Mr. "nucular" he spoke well and his speeches where beautifully strung together.  I had hopes that he would rise to the occasion and bring the country together as a moderate African-American Democrat.  Perhaps he, with his words, could help bind our country to a new beginning and fix Washington.

Fast forward 8 years and I have to say I was highly disillusioned with him by the time he left  office.  His inability to deal with Congress and his hard left tactics did harm to our country.  The executive branch of government has been polluted with hard left bureaucrats that don't want to leave.  Obama and his staff along with all the agencies and paper pushers that they love so much orchestrated a government beholden to the ruling elite of Washington and corporate America.   Today we are finding out that even the FBI may have been used to tip the balance in the last elections in favor of the Democrats.  That's not fixing Washington !   So all that eloquence that came out of his mouth proved itself to be nothing but bloviance.

Today we have Donald Trump.  He is not eloquent and a huge percent of Democrats thing he is quite literally an "idiot".  The "legacy" media certainly agrees.  What they don't seem to understand is that eloquence and intelligence do not necessarily go together.  If they're referring to "book smart" -  then they're correct,  he is not.   I see Trump as a very intelligent man but  I'm referring to his "street smarts" not his education 'nor his tact.  The fact of the matter is  "Book Smart" will never clean up Washington, DC and neither will tact.  It's too late for eloquence and tact.  The days of calm reflection are over when our borders are left wide open, dictators bully us and our allies, and our ruling elite see no problem spending us and our children into $20 Trillion worth of debt.  We need action, and I think we're seeing that in Donald Trump.   Perhaps eventually we can bring back an eloquent President and enjoy the gestures and ringing oratory of a Lincoln or a Kennedy or a Reagan, but for now, we need Trump with all his brashness, unpleasantness, tactlessness, and tweets.  Today in 2018, we need Trump.

Posted by Marshall in the Middle at 7:00 PM