Do We Expect Too Much from the Presidency ? 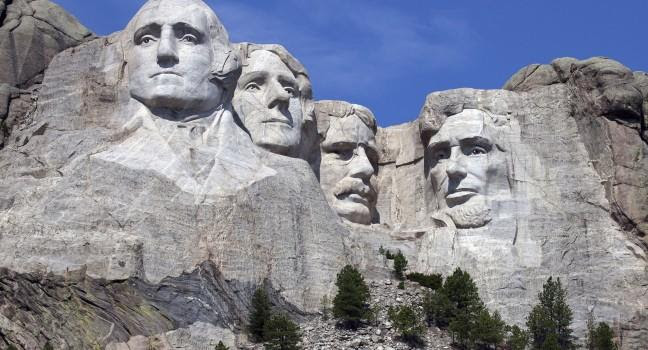 The election is drawing to a close in the next couple of months and I have to say I echo what most Americans seem to be thinking these days "None of the Above".  You may read the polls and see that Clinton is ahead of Trump by 10 points but to dig around the details shows that  most people are not happy with the options.  There is Gary Johnson, the Libertarian but the media largely ignores him and from some of what I've seen of him... I'm not sure I blame them.  (Stay tuned for another blog on Gary Johnson, Jill Stein and Evan McMullin)    But at the end of the day, are we placing too much emphasis on the White House/President ?

There is no one person that can fix the problems of a nation.  I think it's highly naive to think we can hand the keys to the White House to ANY one person and then have them move on to rule the nation with great positive effect in regards to our problems.  The reasons for that are multiple;  partisan politics, massive government, a three chambered government with checks and balances that contains the President (thankfully !).  So, the true power comes from the people and right now the people are looking for President Washington or Lincoln or Kennedy or Reagan.  That kind of leader only comes along once every generation and I think history tends to treat some Presidents a little too kindly through "rose garden" colored glasses (Ha, Ha).   Were they all really that great, or were there just glimpses of greatness and they are treated with higher reverence- in part- because they made two or three great speeches and then "got shot"?   You could pick any of the "Mt. Rushmore" presidents and make a list of their mistakes and lack of effectiveness or absence of personal morals.  They were all human.

Today we have President Obama who was swept into office with ringing oratory and high intelligence and a great deal of help from the mass media in love with "making history".   In addition, it didn't hurt that John McCain picked Sara Palin as his VP choice frightening many thinking people away from his candidacy.   Wall Street was in free-fall and the real estate market was cratering and the Republicans were suddenly the goats of public opinion.  You could make an argument for how "good" or "bad" a president he was but I doubt there are too many people that think he should be on Mt. Rushmore.  But... so what?   My life  has not changed much since Obama became President., and I don't think in all that time he really fixed much of anything.  However,  I don't buy that he's "ruined our country" like a lot of Republicans seem to think.  Health care sucks but it sucked before.  The lobbyists do their bidding just as they always have.  The national debt has doubled but it went up "times five" under Bush.   Also, in his defense the economy was pretty scary back in 2009 and, in my humble opinion, we did need heavy action on the part of the federal reserve- Obama could be said to have steered us through the icebergs.   I hear both sides saying "but" this and "but" that .... but nothing.... The President is not that powerful, and is essentially in charge of steering the ship to the right or to the left.  Yes, he can declare war but if he gets out of hand, then Congress has the power to impeach him.

Folks, if there's a failing here, it's us.  If we really want our government to become more effective, if we really want the problems we face to be solved we all need to walk into our bathrooms and peer into the mirror.  It's not going to happen with any one "savior" single person.   It has to come from where the real power is and where the real power "IS" is with the people....thanks to our founding fathers...  John Adams, Franklin, Jefferson, Madison and Washington-- if anyone is to be revered it's this group of men and a few others from the late 1700's that set up this remarkable republic in which they empowered the citizenry from the very beginning.  The only reason we have lobbyists directing legislation, and Presidents overriding the constitution and a moribund congress and  a grotesquely overgrown federal government is because "We the People" have let all that happen.

Posted by Marshall in the Middle at 8:57 AM