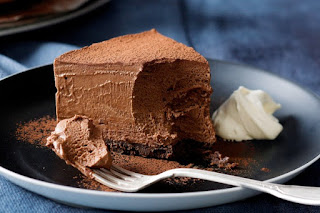 Wow, Donald Trump  is really making this an election to remember.   To be perfectly honest, I am in the habit of glancing first through headlines to see what he did today to  offend or shock because it's always a good read.  I love to read what he says, I love to hear the media's exasperated interpretation and then I love to hear him clarify his position according to what he thinks we all want to hear but certainly NOT apologize to anyone, ever.   I also love to hear those that defend him and how they try to spin it in defense of him and rationalize his behavior - as if there's some logical plan in his mind other than "speaking his mind".   (I use to think that, but more and more I realize that's wishful thinking.) I love to hear those that hate him and watch them wriggle around in agony as they try to vocalize their acrimony that he's the Republican nominee.  I love to see the media misinterpret (supposedly) his comments when he's obviously being sarcastic.  I love that he's the worst speaker in a generation but he still has the nerve to stand in front of the country and explain that only HE can fix our country.  I love that he tweaks the "powers that be" in the Republican party and has knocked them off their high horses to the ground where they now run around in panicked circles.  (The Republican party should change their symbol from the elephant to the squirrel.)  I love his temerity, and I love his sarcasm, and I love his weird, rambling speeches,   "Huge", "It's going to be great", "It's going to be a beautiful thing", "THAT I promise you".    Trumpisms,   I love that my wife and a lot of people sincerely suspect he and Hillary set this up so she could win this election and we are witnessing the  biggest conspiracy in the history of the world.  Is Donald Trump a shill ?   All so delicious !  He's political chocolate mousse cake -sweet, decadent, rich and  fluffy.  Pure instant satisfaction.

Unfortunately, like any rich desert after overdoing it with two to three pieces I get a crawling sensation on my skin and an odd sense of anxiety.  I don't think I need to review all his "incidents" for you, dear readers  just google search "Donald Trump news" and allow yourself to enjoy it while it lasts.  Let the latest outrage settle on your pallet and enjoy the fluffy nonsense for the utterly absurd situation that it is.

If Donald Trump is Chocolate Mousse Cake then what is Hillary Clinton ?  She's a glass of curdled milk;  the same old political song we've heard forever and boy does it smell and taste bad.

So, how do I feel about  this election for our country's future  ?  "Not Happy" I say in the manner of  Donald and his stunted sentences.   Not Happy at all.  But am I enjoying it for the Reality show that its become ?  You better believe it.  It has truly become, a guilty pleasure.

Posted by Marshall in the Middle at 11:38 PM