Charles Krauthammer - A Voice of Reason


Charles Krauthammer- A Voice of Reason in our Age of Incompetence 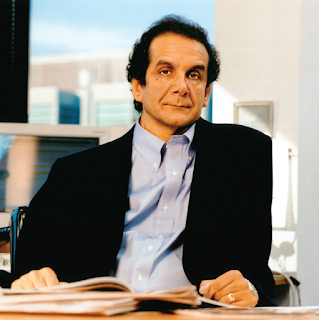 
A voice of reason has passed away and gone to the ages.  Most political pundits of the day I have only a passing respect for, but Charles was a giant among midgets.  His comments were always slow, quiet and calm but with a great foundation of wisdom, wit, humility and intellect.  If you were not familiar with Dr. Krauthammer  you missed one of the greats.   The nation lost one of the few voices of reason in our "Age of Incompetence".

Overcoming a tragic diving accident  that left him permanently paralyzed while in medical school, he still got his medical degree without missing a beat- remarkably still finishing that semester of study !  Starting adulthood as a moderate liberal, Charles gravitated to a more conservative slant as he moved into his 30's.  In the 1980's he was the writer who penned the title "The Reagan Doctrine" on President Reagan.  So effective and impressive was Charles' commentary and writing that he was frequently mentioned by Presidents in comments to the press, as if to validate what they were saying.

Always a classic conservative, Charles never really embraced the populism of the Trump candidacy and election.  I can totally relate to the puzzled alarm at the rise of Donald Trump.  It was  comforting to hear his protests expressed so eloquently because he was expressing exactly what was going on in my own head.  His well thought out spring of opinions was crystal clear water that quenched a thirst for meaning in our ever changing world.  It's amazing how one persons opinion, how one person's words can affect us all.   It can calm nerves, clarify a subject, and even propel a new way of thinking for humanity itself.  Charles was one of those wordsmiths, those shining examples of kindness and decency that seems to have taken a vacation in our bewildering world.  Hopefully that decency has not vacated us for good, and we can look forward to more Krauthammers than not in the near future.

RIP Charles, you will be greatly missed and forever admired.


Posted by Marshall in the Middle at 7:53 AM