Trump's Impeachment - The Power's That Be are Getting Anxious

*This blog takes 1 and a half minutes to read. 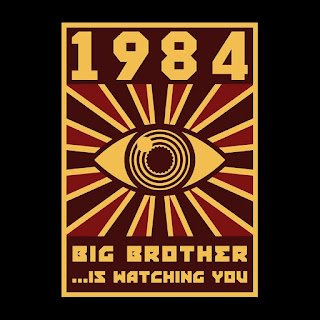 After staying away from the news and living  in blissful ignorance for several months, I've come to the conclusion that the Trump Impeachment is going to have to be something I watch and internalize- as much as I hate the idea.    The blissful ignorance has been wonderful but things seem to be heating up in the idiotic world of politics and since I've committed to writing in this blog once a week, I need the material anyway so I can ramble on with at least a modicum of intelligence and knowledge.

First of all I'm surprised it took the Democrats this long to find a reason to try an impeachment !  I think they hung their hat on the Russia Collusion scandal, and since that didn't work it took some time for them to establish another  reason to  get rid of  their "Valdemort".  Once again, he truly lives in their  heads and they will try anything and everything to get rid of him,  the country be damned.

I've been thinking how different the two parties think on so many issues, including the very personality of the president.  Democrats want another JFK or Obama, someone dashing and eloquent who can hypnotize them all into forming a new "world order" in whatever form that may be.   They like a President who will "do their thinking for them" as it were.    The Republicans want someone to "get it done" and leave the eloquence to times of trouble when  silky words are truly necessary.  As odious as his personality truly is,  you can't argue that Trump's getting things done.

My fellow citizens, you must always remember that WE are in charge.  It's in the Constitution and all of our founding documents.  If you don't like the Prez then vote for another one, but ripping the existing leader is a waste of time.  Just because he can't weave a beautiful speech and has abrupt manners doesn't mean he can't lead the government.  In so many ways Trump is a living, walking and talking embodiment of the rage many of us feel as we see our power being taken.  There is now a power shift away from the multi-nationals and the big government beneficiaries that have been robbing us for decades.  They are anxious and nearly hysterical that their world of privilege is in danger.  This is obvious if you watch the mainstream media in their expressions and comments focusing totally on his obnoxious personality rather than anything he's done as far as leading.  They are use to leading us and directing our thoughts according to them and their corporate overlords.  They are the talking heads of the big business and big government that want to control you.  Trump is contrary to their plan with his talk of draining the swamp and for "calling them out" for their double standards and hypocrisy.  If you continue to focus on the personality rather than the accomplishments then you're a victim of the greedy corporate bastards that so many of you claim to despise.


Posted by Marshall in the Middle at 7:05 AM