It Takes a Thief to Know a Thief 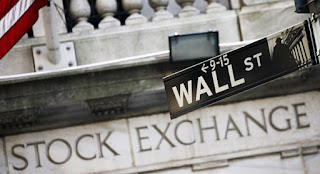 I read an article today in the Orlando Sentinel from the Associated Press regarding Trump's appointment for the SEC chairman (aka- the lead cop for Wall Street) and I was somewhat befuddled to read a comment from Senator Sharrod Brown (D) of Ohio who made this comment regarding the Wall Street Attorney;  “It’s hard to see how an attorney who’s spent his career helping Wall Street beat the rap will keep President-elect Trump’s promise to stop big banks and hedge funds from ‘getting away with murder".  Huh ?   In my humble opinion it makes MORE sense to have an attorney to police Wall Street of this nature because he is most familiar with the "tricks" that Wall Street is liable to try.
A lot of Trump's picks for his cabinet are of a similar vein.  They're people from the "world" of the category that needs the oversight.  For example, Tillerson (former CEO for Exxon-Mobil) as Secretary of State who is only about 10 times more qualified for the position than Senator John Kerry.  Tillerson  has the experience dealing with and negotiating with world leaders.  John Kerry is a US Senator familiar with the swamp that is DC and- just as we all would suspect-  that familiarity does not translate to anything productive on the world stage.    His negotiating and diplomatic skills have proved less than impressive., in my humble opinion.  In the end, he's been very successful at wasting a lot of time and negotiating NOTHING in our favor.  *Prez Obama, et al should relax though because he was critically successful at not offending anyone.
Only in government do you get these idiotic appointments for positions because of their "opinion" on these things.  Another perfect example is the head of the Dept. of Energy., Steven Chu.  Mr. Chu has abundant experience in physics, even winning the Nobel Prize for Physics in 1997.  The man is truly brilliant... in physics !   Exactly how does that qualify him to run the department of energy ?  I suppose the fact that he's Asian especially caused excitement in the Obama administration as they chose him.   The left is aghast that Trump picked "lilly white" Rick Perry.  Rick ran the state of Texas for nearly a decade - seemingly successfully- and is consequently  familiar with moving things forward over a large organization.  Who is better qualified ?  Mr Chu or Mr. Perry ?  I choose Perry.
I am not necessarily enthusiastic about all of Trump's cabinet picks, but I'll give him the benefit of the doubt regarding all this.  The historic choices of Presidents to please certain groups and to appoint "window dressing" to vital  positions is absurd and needs to stop.  Maybe he will succeed in draining the swamp, after all ?
Posted by Marshall in the Middle at 8:31 AM