DT gives them the DT's
By Chuck Marshall 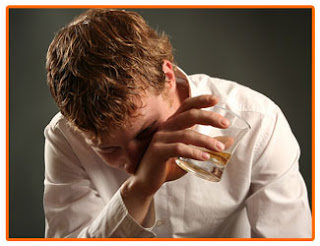 This year, 2017 has been a shocker for all of us.   Donald Trump was sworn in as  president of the United States and although I voted for Gary Johnson, I must admit having a certain glee in watching the MSM (mainstream media) go into hyperventilation over the election of DT.  They simply CANNOT get over it.

I have a theory regarding all this.  I believe, think and feel that the MSM was so addicted to abusing Republican politicians, and Presidents in particular, that when DT became President they thought it would be bashing as usual.  After winning the coveted office,  they thought Trump would retreat into the White House and "become more presidential".  Their version of this for Republican Presidents is to  bend over and take it from the MSM and their superior way of looking at things.  When DT did not cooperate in this regard there was a significant amount of Delirium Tremons emanating from the gang at CBS, NBC, ABC, CNN, etc...  The consequence was a mass hysteria the likes of which I've never seen before in my entire 54 years.   Outrageous stories with gaping holes of logic.  Obvious opinions presented as facts.  A complete lack of consideration and even open disdain for any idea from the right.   A near total lack of logic and reason and a bankruptcy of ideals and morals.  The consequence is a disgraceful lack of journalistic values that should include searching for and revealing the truth.  Revealing the truth and following differing opinions is their purpose.  THEY are not the story, 'nor should they be.

I do hope they get the help they need.  They should dry out, clear their heads, sharpen their pencils and consider the delights of looking for and writing about the truth of all matters,  regardless of their political slant.  A quote from Voltaire, the french philosopher that has always shined to me as crucial to democracy "I disapprove of what you say,  but I will defend to the death your right to say it".  The MSM is so attached to the left that they don't see issues with the clarity that is required.  Any opinions from  the right side of political thought in our country- most especially if the argument is a good one- are left out  completely.  This is a very serious problem right now.   To all the MSM I say;  Get off  your lazy asses and consider working for the American people in general, not the Democratic party in particular.  You'll feel much better for it.   For now, enjoy the holidays but beware that  I will be challenging your baloney stories in 2018 with great intensity.