Putting it all in perspective 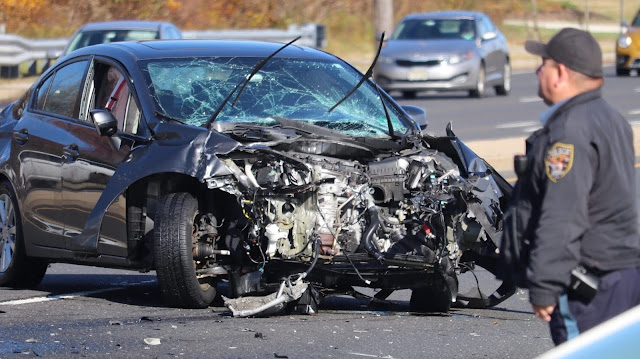 Although it was tempting to write about the political conventions of this past couple of weeks, I honestly did not watch any of the Democratic convention and only watched a few of the speakers from the Republicans and the President's speech.  I haven't felt moved to write on them, but I will write on my own perspective from the center.  Stay tuned.

Meanwhile, the world is still agonizing over the Covid19 pandemic that has spread throughout the world.  Since it began many have been puzzled (myself included) by the reaction from society and from the world's governments.   Was -and is -shutting it all down really a rational and intelligent thing to do  ?   There have been other flu epidemics and the reaction was hardly close to how we're reacting to this one.  What's different ?  The differences are; 1) It's highly contagious and can spread through close contact very easily.  2)  It has a much higher mortality rate than your normal seasonal flu.  3% death rate VS 1/10th of 1 %-- so it's 10 to 30 times more lethal.  3) The media is using the pandemic as a boost to their bottom line as today's society increasingly avoids them, they need more and more aggressive and alarming stories to keep people watching.   4)  The political extremism in today's society has boiled over into how we all react to a real risk.  "Are you a kind and considerate Democrat or a brave and rational Republican ?"  seems to be what's implied.  Consequently, like everything else these days, it has become political.

As you can well imagine, I'm in the middle !  I wear a mask because I understand that this is alarming to a lot of people so I take their feelings into consideration.  I don't think the mask makes much of a difference though and the symbolism of the left- leaning media and our governments covering our mouths is a troublesome fact.  I keep social distance because that makes the most sense to preventing the spread,  but I do go out to dinner with very little anxiety.   I intend to get out to nearby Walt Disney World soon before things start getting busy again because I've been wanting to ride the new Star Wars ride but I've never been willing to wait 2-3 hours for a 3 minute ride.   The risk for COVID vs wasting two hours of my life standing in a line is worth it !

Let's take all this in perspective though.  What are your chances of dying from the COVID19 ?  Statistics and odds can be very confusing because it depends on what group you're talking about and the situation.   I already mentioned that the risk of dying from COVID is 3%, but keep in mind that's IF YOU GET IT !  If you're under 35, the mortality rate drops to 1%.   So here's an easily understood scenario;  The chance of catching COVID19 on a commercial airplane assuming all passengers are wearing masks is 1 in 4500 OR- .0002. (CNN study)  Let's compare that to other statistics.

My point is, if society is really so worried about dying that they are willing to see everything shut down- as happened for the entire country in April and continues in places like California-  then consider this;  your chances of reducing the death rate and suffering of your fellow human would be much more effective if you and all the people you know were encouraged to stop smoking, stop drinking, eat right, get regular exercise, and don't have sex with strangers.  Take care of your body and pay attention to your family's habits and stop deciding for the rest of the world that your fear of death justifies we be equally alarmed and hysterical such that we are prevented from living and moving around as free citizens.

Posted by Marshall in the Middle at 10:09 AM

Email ThisBlogThis!Share to TwitterShare to FacebookShare to Pinterest
Labels: COVID19, COVID19 Deaths, Don't Tread on Me