Free Speech in Paris and at Yale 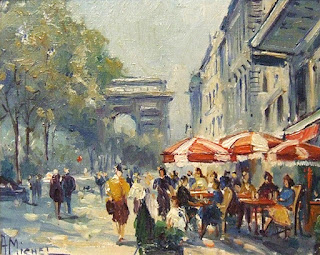 First and foremost let me express my deepest condolences to the French people and to any and all victims of terrorism.  There is something about murder due to a difference of opinion regarding an entire society that cuts especially deep because it clarifies that another group of people wants you dead for no reason other than what you think.   The terrorist attacks in Paris got me to thinking about free speech here in the United States.   We have the opposite approach to disagreeing with people who don't see our opinion - free societies respect differences of opinion while the philosophy of  "jihadists" reach out to bomb it.   This is probably the most important difference between us- all else pivots from this thought.  .

In a free and open society we are able to disagree with other people as we see fit.  Most reasonable Americans understand that not everyone is going to agree with them and that is part of life.   I am reminded of a famous quote by the French (nice coincidence!) philosopher and writer  "Voltaire" who said ; " I may disagree with what you say but I will fight to the death your right to say it".  That's the kind of Liberty we fight for and what our ancestors fought and died for going all the way back to the birth of our republic.   That is what we are all about.  That is Liberty.

All this brings me to the outrage expressed by the students at various Universities such as Yale where free speech is being challenged.   Free speech is being challenged by the students themselves !   We all know that a college campus is a "bubble" in the lives of young Americans,  but the rule of law still must be enforced and free speech protected.   Somewhere in their short lives, these kids  have been given the impression that the government should have the power to protect  them from any and every circumstance and that if there are just enough laws regarding behavior and "mean" speech then all the bad stuff and people will go away.   But where do you draw the line between "free speech" and "hate speech" as they refer to it ?   There is something frightening in that idea to stop people from saying what they think because that person has thoughts that could be construed as "bad" in my mind.  I have the freedom to get up and leave the conversation.  The act of hurting someone is the violation, but speaking your opinion should never be "outlawed" (perhaps restricted in limited and/or unusual circumstances and even then only temporarily).

All this brings me back to Paris.  What happened in Paris was the most extreme version of restricting what other people think.  In this case with the jihadists -at the core of their belief- is that the French and all citizens of open societies of the world are infidels for "what they think" and so they must die.  That is why I am so alarmed by restrictions to speech that expresses ideas that may be contrary to "the going way of thinking".  The authorities and/or administrators at our Universities and colleges must be rock-solid in their refusal to yield to this mob mentality coming from students.  The students are there to learn, so teach them that  liberty means sometimes hearing and relating to things that you don't agree with.  Teach them that the strength of our society, despite all its drawbacks and flaws, is that the individual is guaranteed life, liberty and the pursuit of happiness even when those choices don't necessarily join in joyful concert with your own  ideas of what that entails.