The Dungeon of Historic Ineptitude 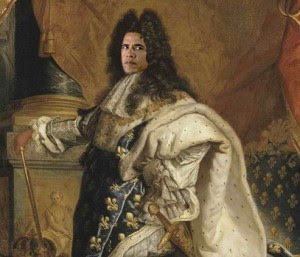 Because King Obama Wishes It !


The President seems especially lost recently after the attacks in Paris.   His answers are even more rambling and lost than ever.  Without his teleprompters he is normally awkward, but lately he's really off his pace.   In addition, the mainstream media is not cooperating as his usual lapdog.  Little Rover is nipping back at his excellency !   Why?  I can only theorize a few things;  the attacks in Paris have made  journalists briefly consider that they and their family may be in more danger with this President as compared to previous presidents.   His approach to "ISIL" (I absolutely loathe  how he calls ISIS-- ISIL)  just  doesn't seem to be working.  Also, I think the mainstream media is a little self-conscious since the Republican debates.  The candidates did an effective  job of exposing the media's tendency to toss softball questions to the more liberal politicians and especially the President., er "His Excellency".  Let's just say they're not all getting "shivers up their leg" anymore, that's for sure.

So, as is often the case in life and in the world.... I'm not sure he's doing anything really wrong in his approach to combat ISIS,  I think it's more in the way he does it.  As Charles Kruthammer put it in his column this week "the only time he has shown any passion (since the murders in Paris) has been when he's attacking Republicans for their hardheartedness towards Muslim refugees".  As it is often implied in his comments and speeches, it's really OUR fault that all this is happening.  We have to bend over backwards not to offend Islam because that will make them even angrier and we'll get even more blow-back !  That's why the eagerness to welcome refugees even when he knew  it would cause a problem back home (He's over-seas at this writing, telling the world how awful the Republicans are).  In fact,  he's eager  not to anger the Muslims but he has no problem angering the Republicans which is by far the bigger problem in his administration.  In addition, it would be the easiest to fix if he set his mind to it.

As he rounds up his final year in the White House,  it must be such a disappointment that the job didn't turn out the way he wanted.  He thought he would be the King of America.  In his mind  he doesn't need to "lead" the country because that would be crass and un-"king" like.  Kings don't lead, they sit on a thrown and are groomed and we all  do as they beckon.   He is the Louis the 16th of the 21st century.  The  peasants are overwhelming his guards at the palace walls and ultimately he will be removed and placed into the dungeon of historic ineptitude.   "But the jihadists will lose power if we just stop offending their religion ! "  he'll cry as he's dragged away.   Mr. President,  they will always want to kill  us, our families, and our children.  Refusing to call them "Islamic terrorists" for fear of offending the rest of Islam is oddly condescending and in my humble opinion, your approach makes more Muslims hate us not fewer.