(This article takes under two minutes to read) 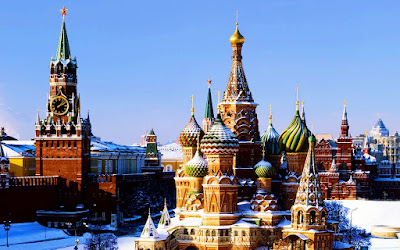 Our "Age of Incompetence" has had some fascinating stories, however the hysteria over Russia and Trump's clumsy approach to working with our never-ending adversary was one for the books.   The core of the hysteria is that Trump commented that he believed Putin over our 19 secret service agencies regarding Russia tampering with our elections.  After all, the secret service has never been wrong about anything.  Except perhaps the Weapons of Mass Destruction which I guess all  19 of our secret service agencies were  "sure" were being hidden in Iraq.  This "assurance" from all 19 secret service agencies sent us into an invasion of Iraq that would end up costing  thousands of American  lives and costing our country several Trillion dollars.  Did Iraq have weapons of mass destruction ?  No.  How could that be, they're never wrong?   Anyway, Trump walked back his comments.  Probably because now there are 19 secret service agencies that have a bone to pick with him.  At the end of it all, much of the media is still trembling over the whole thing because they're so convinced Trump colludes with Russians and now, here we have evidence because he met with Putin and was nice to him !

So ridiculous I just had to write a letter to the paper about all this, and once again the Orlando Sentinel indulged me by printing this rambling letter.   The ending ran into another letter so  I finish the last sentence by typing it in below.  I think more people should write,  people gotta speak up !   Thanks Orlando Sentinel !

Posted by Marshall in the Middle at 7:49 PM