Yesterday was Martin "who?" O'Malley and Rand "perfectly round eyebrows" Paul.   Today, I'd like to review the campaigns of Mike Huckabee and Rick Santorum.   At this writing both Mike and Rick have bowed out of the race so this is a "retrospect" review of these reality TV stars.

Interestingly enough, after google searching both candidates it turns out they both have the exact same estimated net worth;  $5 Million.   They also both won the Iowa Caucus in past elections.  They both are born again "Evangelical" Christians.  They both dropped out of the 2016 Reality TV Show in the same week !  What a coincidence !  Creepy, right ?  It's  like the Kennedy-Lincoln similarities we've all read about. 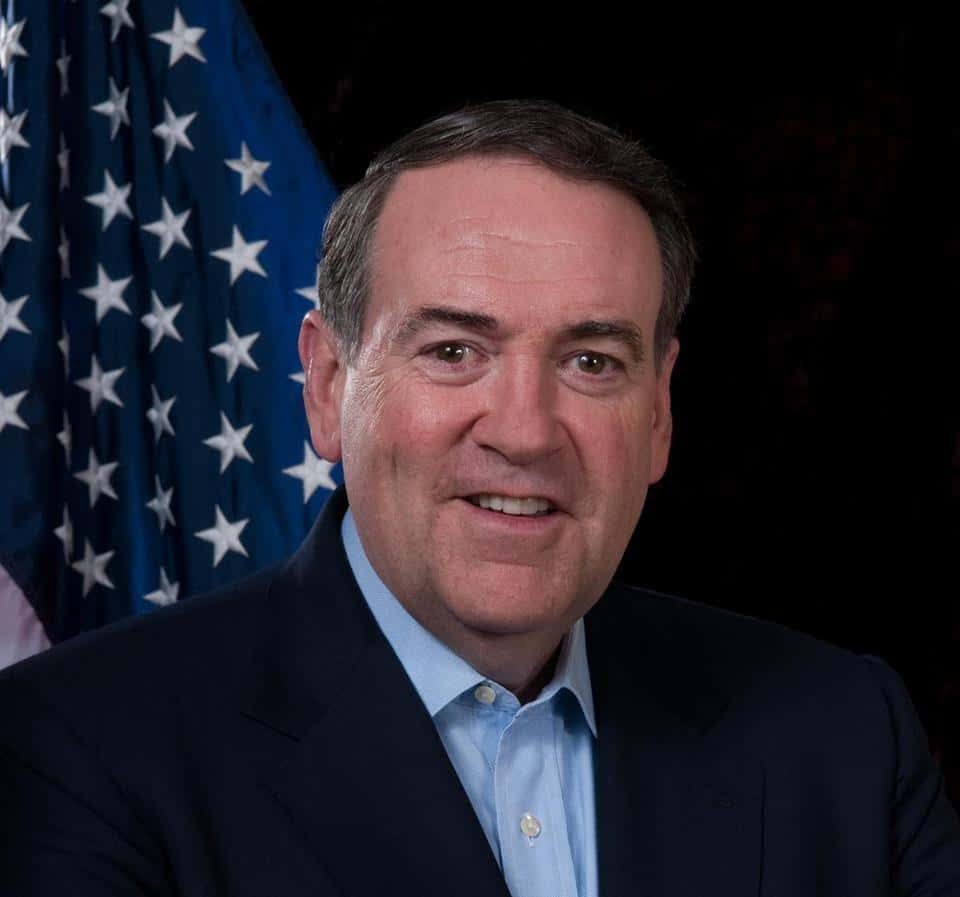 
Governor Mike Huckabee- Republican (Arkansas) -  Mike is already famous due to his run for the Presidency in 2008, so a lot of people already knew him.  Not to mention  he also had a talk show on Fox for a while "Huckabee", which aired from 2008 to 2015.  So, Mike is famous and that  IS half the battle to becoming President.   I've always liked Mike Huckabee.  His "aw shucks" demeanor and his quick wit make him a crowd favorite.  He's likable !  Unfortunately for him, his last name sounds a lot like "Huckleberry Finn",  as in the bumpkin character of  the Mark Twain novel by the same name.   People naturally think of this when they hear his name and so he's immediately at a disadvantage in that he has to prove he's not a bumpkin.   In my mind Mike seems like a friendly, lovable Sunday school teacher not a President.  Also he's a little too far to the right on social issues.  I'm not saying I agree or disagree, I'm just saying it probably wouldn't play well in the general elections.

Final Verdict;  Mike couldn't stay on the reality TV show because his name puts him at a disadvantage and he seems too much like a Sunday School teacher.

I've already elaborated on Rick Santorum above since he's a near duplicate of Mike Huckabee.  BUT, just to add a couple of comments.  Rick is not as likable as Mike Huckabee but his name does sound more serious, so that's a plus and a minus for Rick.   Rick was relegated to the "Kiddie table" at the Reality TV debates so I sincerely don't have a fresh take on his positions.  He was always hard to the right, but I liked his sticking up for the common guy.  Rick is a big believer in educating young people according to their skills and that we need to stop making all young people feel like they have to go to a University in order to be worth anything.  I really like that he emphasizes that.  Rick had a real chance back in 2012, but he did eventually run out of steam.  He's kind of like "yesterday's news"this election season.

Rick couldn't stay on the Reality TV show because he was sent over to the Kiddie Table for TV debates which is really the "kiss of death".   Also, at the end of the day he lost in 2012, so I think most people see him as "yesterday's news".

Finally, I did want to bring up another candidate that I totally forgot about ( there were a lot !)


Posted by Marshall in the Middle at 7:47 PM