It has been an interesting primary season and even though it's just getting under way I'm already waxing nostalgic for Rand Paul, and Mike Huckabee 'cause "gee" they weren't bad guys and they made some good points.   I think watching these ladies and gentlemen  has been quite a show for all of us.   As much as I criticize the process of electing our leaders, I must say it enabled me to form an opinion and I have made a decision after paying attention with due diligence to each candidate and all their antics.    Although my last blog elaborated that our process is flawed and not an effective rocess., at the same time, it has been entertaining to those of us who are so inclined  to pay attention !  Is this inclination good ?  I don't know.  In some ways it all makes me want to take a shower after watching too much of it, however to be totally honest it  is the best reality TV on earth with REAL consequences to the end result.   (This won't end with the muscle bound dude walking away from the cute blond he impregnated to reveal what a cad he really is !)  So there it is, the guilty pleasure of  the Reality TV that modern politics has become.

One by one, I'm going to review the candidates with you, dear readers, and let's see if we can sort the whole thing out., if nothing else to help future generations understand the nuances of how the early 21st century American population selected the most powerful person in the world.  They certainly won't figure it out by watching old newsreels !  For the  past 6 months those have consisted of one story;  Donald Trump.  I've already said enough about "The Donald",  so I'm not going there... however, I do want to mention I can see how people fall under his magnetism.  The guy is funny and unrestrained and refreshing -- he's truly THE star of this reality TV show !

The Other Characters -- and some shallow observations

Republican- Senator Rand Paul- (Kentucky)  (at this writing, officially out of the race)  Did anybody else notice how perfectly round his eyebrows were ?  It makes him look clown-like, especially with that curly hair bouncing up and down on the top of his head as he urged us all to eliminate the  government entirely.  Only missing a red ball on his nose.  I like a lot of Libertarian ideas but they get a little carried away, it's getting too close to anarchy - in my humble opinion.  I want a wise government not a non-existent government.  Who's keeping the barbarians out ? 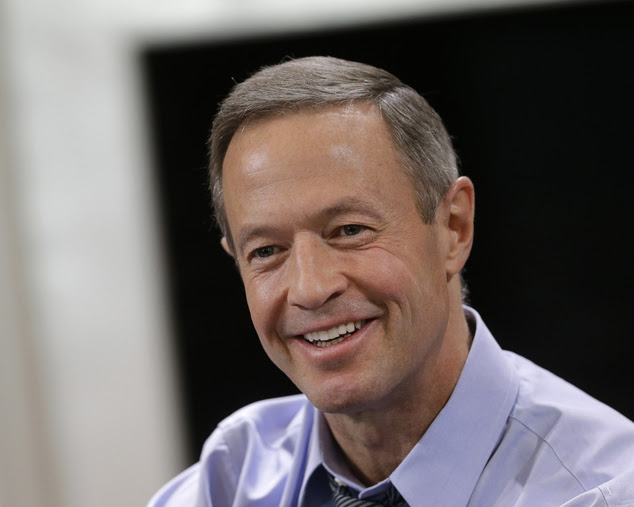 
Posted by Marshall in the Middle at 9:53 AM